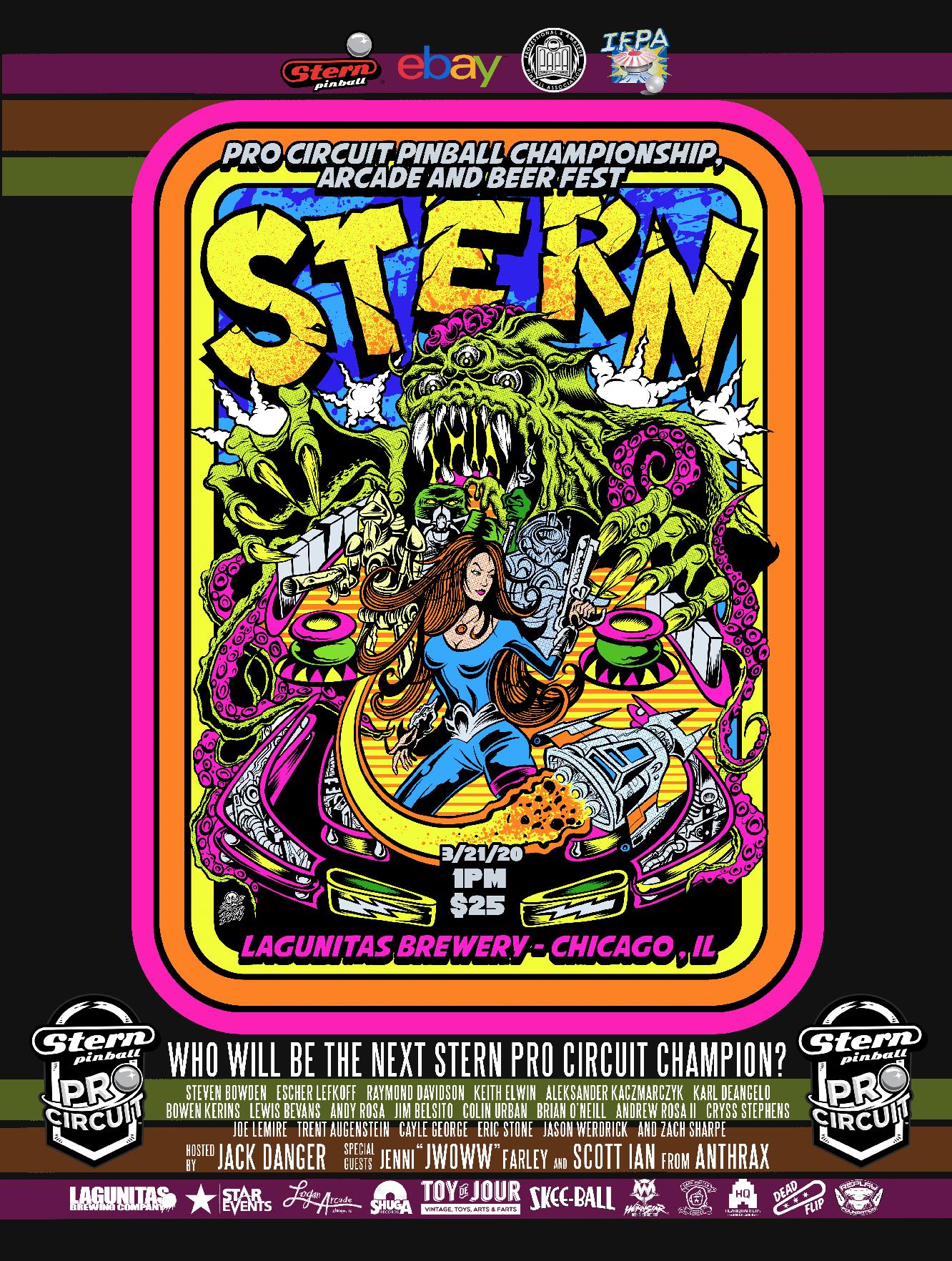 The winner of the Circuit Final will also receive a brand new Stern Pinball machine and the Stern Pro Circuit belt.

This year’s event will be held at a huge event space at Lagunita’s Brewing Company in Chicago, IL.

5PM-7PM – Meet, Greet, and Battle with Scott Ian from Anthrax