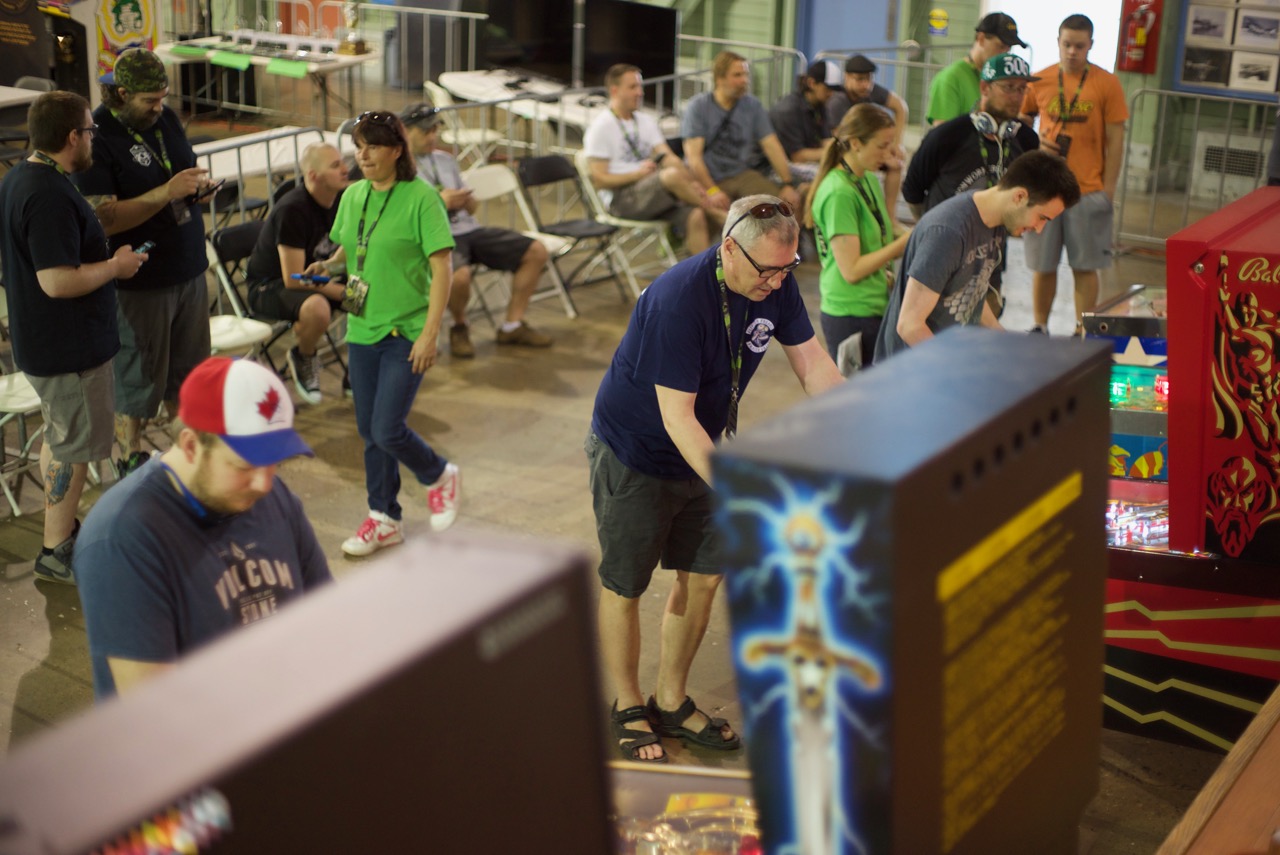 A period in the qualification round of a pinball tournament that occurs late at night and can last until early the next morning until the qualification period closes. During this period, pinball competitors are frantically playing many entries in an effort to qualify for the tournament. Because of this, scores entered earlier in the day gradually become worth fewer and fewer ranking points as these motivated players submit entries. As a result, players who thought they were in good standing before may find out the next morning that their ranking has dropped significantly. They may even find that they are out of the finals when they assumed they had enough points to qualify.

Example: Pinball player, Tommy Wizard is competing to be one of the top 16 players who will advance to the final rounds. At 9:00 PM on the last day of qualifying, Tommy submits a good set of scores and is placed 9th overall. Tommy decides to leave and go back to the hotel for a good night’s rest, assuming that he will be in the finals. However, the qualifying period doesn’t end until 3:00 AM the next morning. Tommy returns the next day only to find that he finished in 18th place which means he is not in the finals. Tommy was a victim of the late night beat down. Unfortunately, some of his scores were not good enough to last through the barrage of entries that were submitted after he left. He should have remained at the tournament to protect his ranking.

Example: The late night beat down is a time where you will see lots of bleeders, sniping and people playing defense.

During this time, players who have not done any scorekeeping are frozen in that they can’t improve their scores. They have to watch as the scorekeepers continue to hammer on the games. Not only that, the scorekeepers have less of a wait than normal. Since the majority of the competitors are on the sidelines, the queues are much shorter or non-existent.