Zen Pinball announced at New York Comic Con that they will be releasing a digital table based on Doctor Strange this December, 2013 to join their Marvel Pinball series. It looks to be a pretty strong offering. 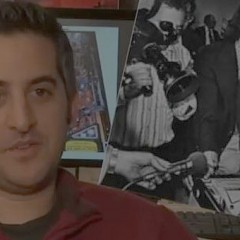 Josh Sharpe describes what some digital pinball tables like those made by FarSight Studios, have to go through during the approval process. Could have done without the extra sounds layered on top of some of his comments, though. A great interview,...