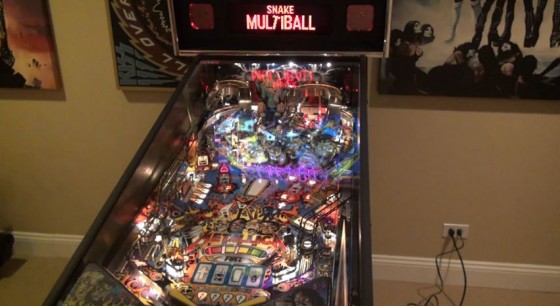 From this short glance, it looks like the game has an AC/DC flavor to it. The music, sounds, and call-outs sound great. This is yet another occasion where I have a initial, positive outlook on an new STERN game.

Note that this is coming from a player who has absolutely no knowledge of any references in the game and how they might relate to the band Metallica. I am not a fan or a hater of the band, just indifferent.

Sure, before now I knew that Metallica was a band and that songs such as “Enter Sandman” existed. However, I would not have been able to connect the two together. The only thing I really knew about Metallica was that they sued Napster for copyright infringement. Therefore, I’ll be depending on the pinball game to see whether I like the songs or not.

It was a similar case for me when I played AC/DC and the first time I played Guns ‘N’ Roses many years ago. I began to like more of the band’s songs as they were played repeatedly through the speakers of the pinball machine.

So far, the game looks fun, though.