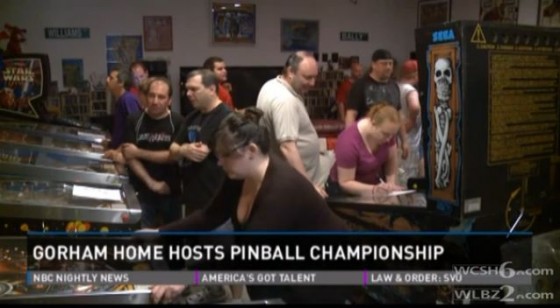 The Portland, Maine NBC affiliate posted a story about Pin-Maine-ia 7. So THAT’s why the giant camera was there.

After over twelve hours of play, with swamp-ass and ball-sweat inducing conditions, the ever-present cat of death, and including the most intense game of Supersonic I’ve played in a long time, who would emerge victorious? ^_^