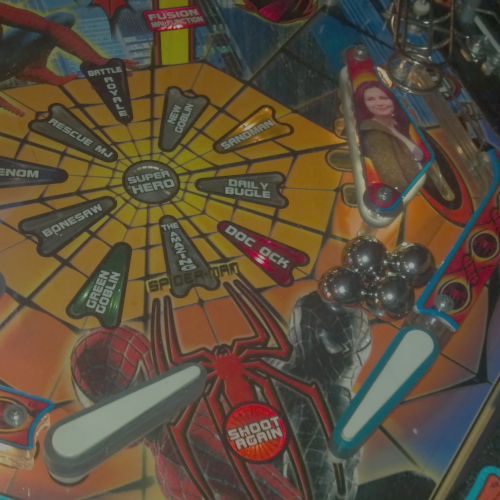 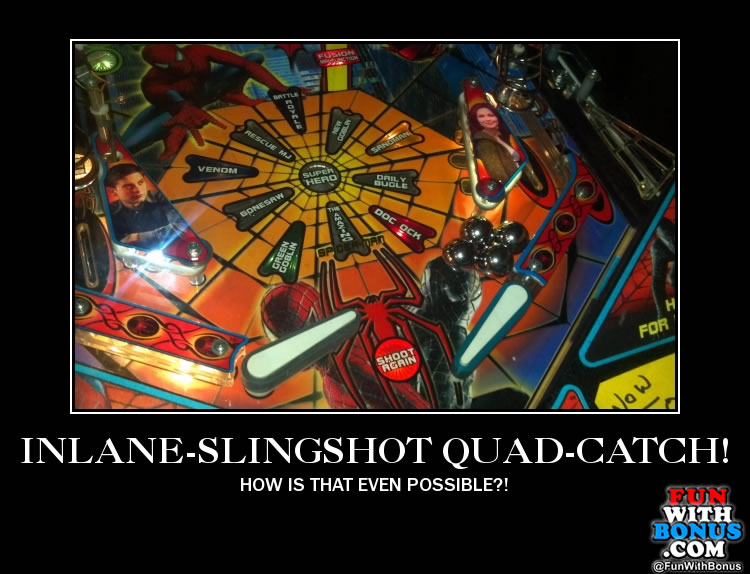 Look, I don’t know what happened. I was playing a game on the other side of the pinball hall, and then Steve Zahler calls me over and there are 4 balls stuck between the bottom of the slingshot and the inlane in a diamond pattern. They are just stuck there.

Of course, the camera has to come out for that! I didn’t know that slingshots had pinball catching abilities.

A pinball slingshot on STERN’s Spider-man decides it knows how to catch pinballs too and demonstrates this talent by catching four pinballs underneath it by itself!

Should you think that somehow, I am making this up and I must have magically snapped a photo at a perfect time to make it seem like the slingshot was able to show some pinball trapping skills of its own, And, here’s the video of the aftermath with Steve getting the pinballs unstuck.