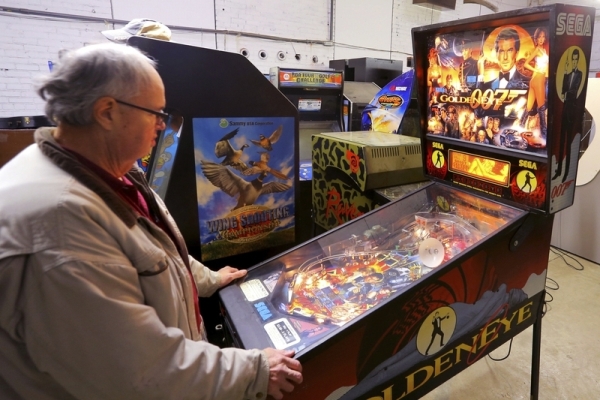 As written in the story, “The mechanism, it states, tend against peace and good order, encourage vice and immorality and constitute a nuisance.”

An editorial published the same day commended city council members for passing the ordinance, stating that, “Wives whose husbands have gambled away their entire pay checks on pinballs have complained against the devices.”

It even states that one poolroom operator was arrested on a charge of keeping a gambling device after paying off two plain-clothes state troopers for a “hit” on one of the machines.