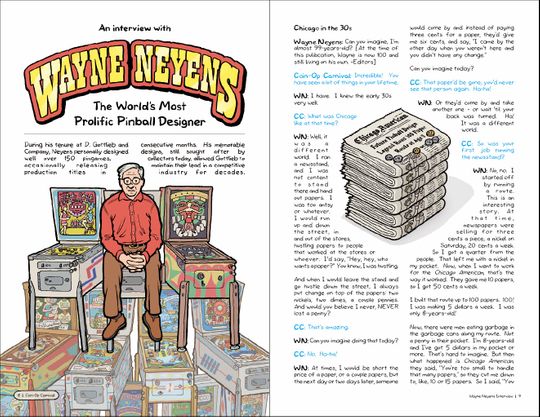 (The site linked has one of those “eventual paywalls” where you can view a certain amount of articles before subscribing for a fee.

It was on one of these joint family vacations that Claytor first raised the idea of a comic book on pinball, its history and the underlying mechanisms of cabinets from the era before computerization

The first book in what will be a four-part series debuted earlier this year at the Texas Pinball Festival, which advertises itself as the largest pinball festival in the United States.

Zack Kruse, an English Ph.D. candidate at MSU, remembers a lengthy conversation with Clayor prior to his decision to do “Coin-Op Carnival.”

“I told him if this is the thing you care about, this is the project you have to do, because you know it so well, you care about it so much, and it will be a beautiful and wonderful thing when it’s done,” he recalled.