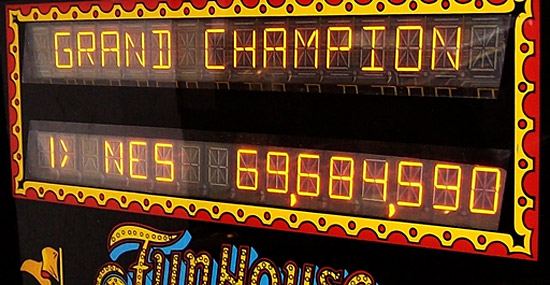 To flip a ball as it is rolling down the flipper at the absolute last second. The goal is to get the ball to travel under the opposite slingshot and head toward the opposite inlane switch.

If you are brave enough, it is a good way to pass the ball between flippers if other methods such as post passes are not working.

Some classic games like Gorgar require that you score both inlanes to achieve higher scores. Shatzing the Inlane helps players to do this and avoid the possibility of outlane drains.