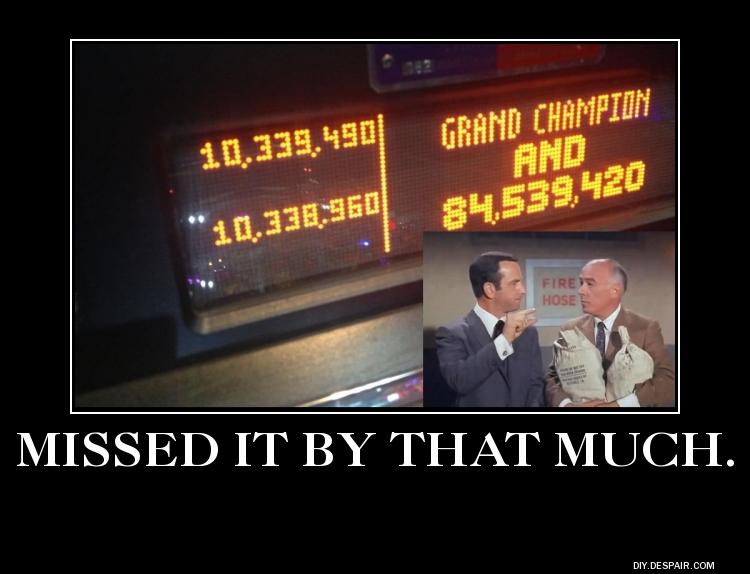 Occurs when a player tries to make a comeback on the last ball and fails to pass the opponent’s score by less than 1%.

You can tell if someone got “Heartbroken” when players and bystanders are talking about how close the game was, and then they start taking pictures of the final score.

Also known as the Maxwell Smart because the player “missed it by that much”. (“Maxwell Smart” suggested by Joshua Senzer)

Here’s my own personal Heartbreaker / Maxwell Smart. If you have a picture of a Heartbreaker, send it my way with information on the players involved in the game, and I’ll post it here. 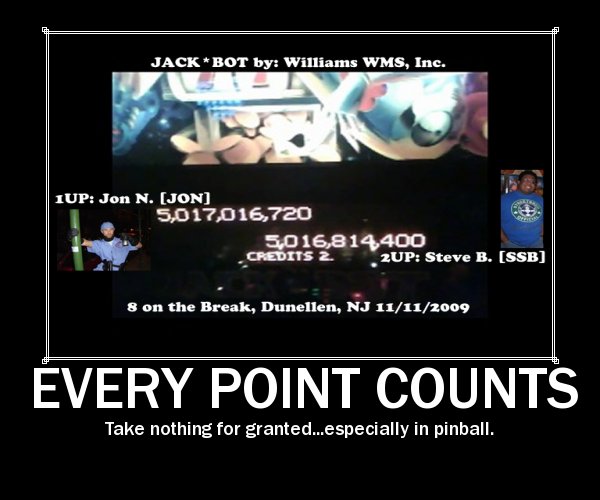 A difference of about 1/10000th of 1% (.99999959).  I can only imagine how long it took for people to realize who won after darting their eyes back and forth to the two scores. Then, to see the moment of realization slowly set in. 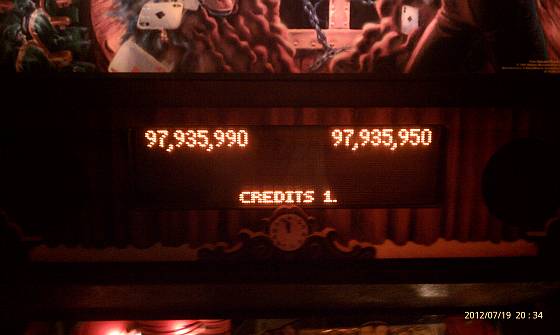 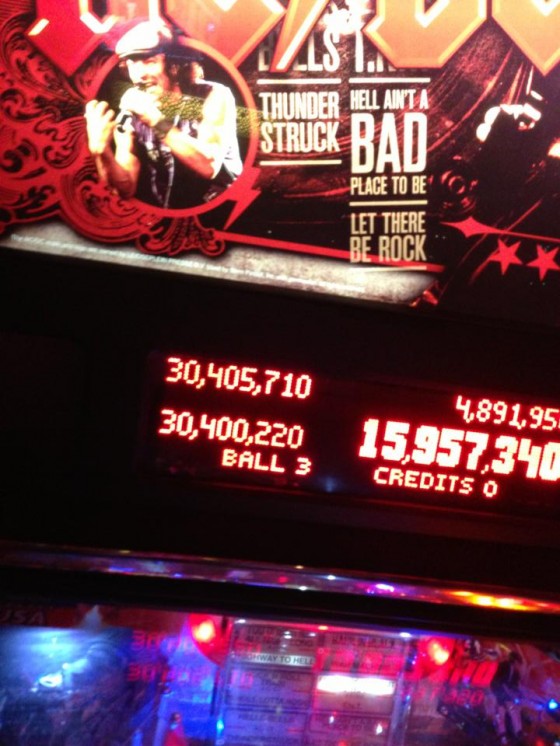 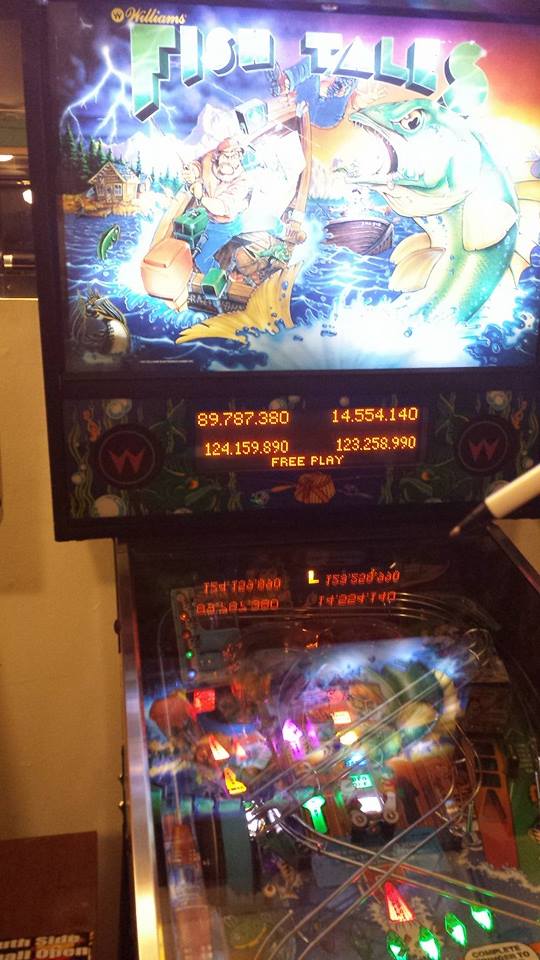 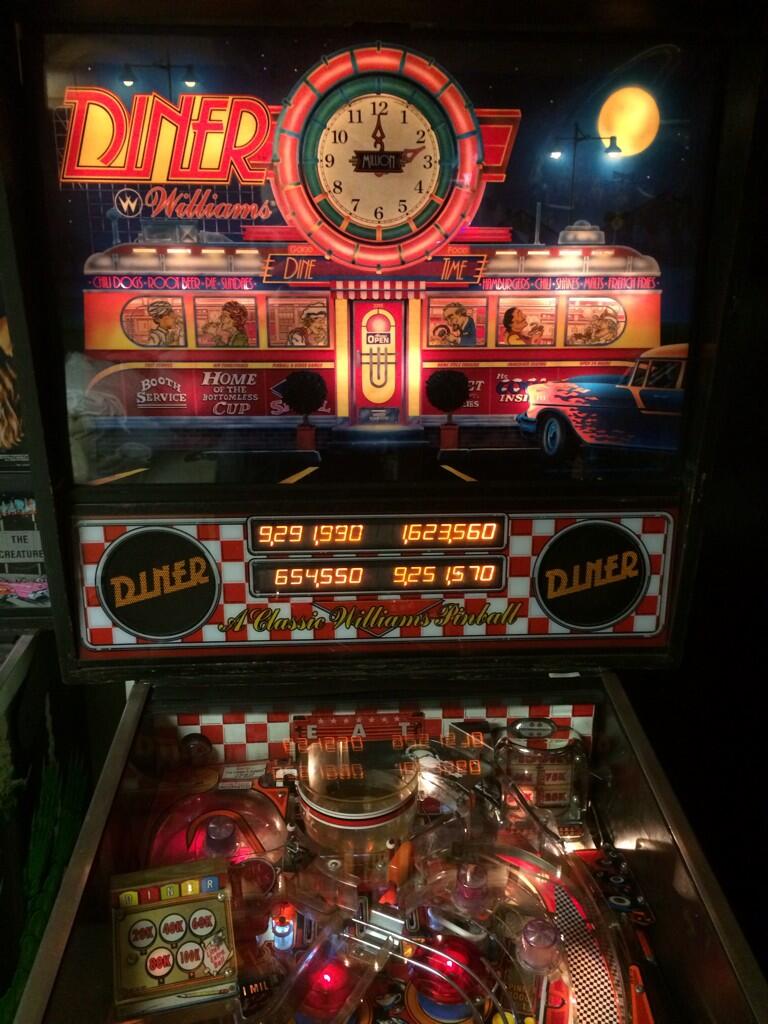 Submitted by @WVPinball – A difference of 0.37% 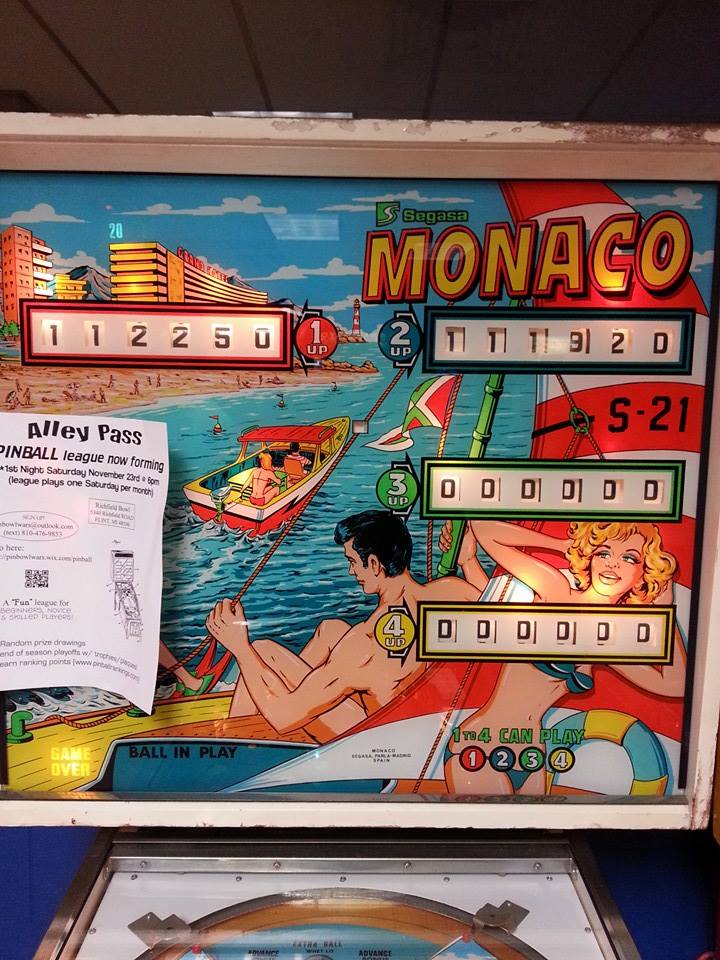 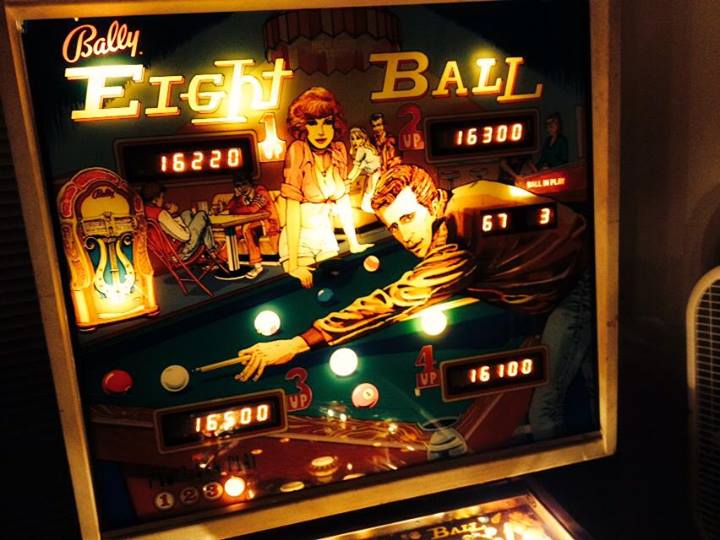