As Finn’s verbal abilities improved, the urban landscape between us and the Pinball Café – which remains, despite over a decade of gentrification, a transitional place where soup kitchens abut trendy taquerias, a psychiatric complex, Tibetan restaurants, and Indian groceries – elicited a new kind of curiosity, one that, for the first time, produced follow-up questions. Encountering people who spoke to themselves made him conscious of his own self-talking habit; that many were psychiatric patients, or homeless, or both, contributed to an incipient social awareness. 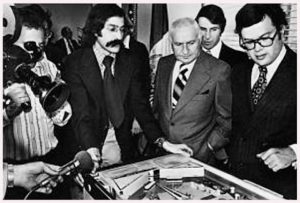