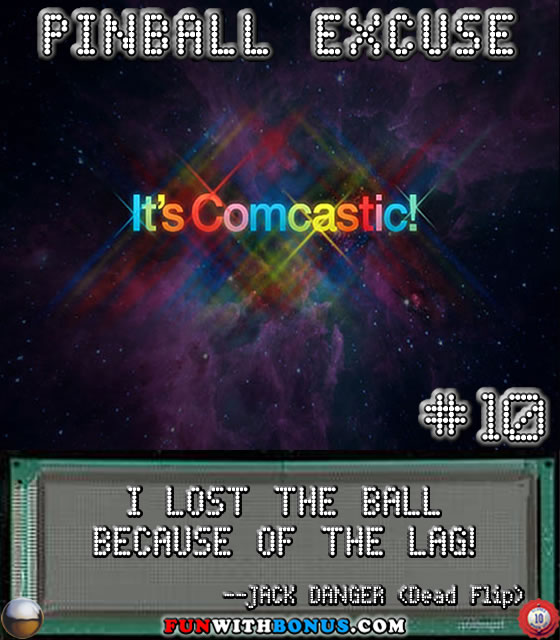 This gem was said by Dead Flip’s Jack Danger as he lost a ball during a charity live stream. Comcast sucks so bad that their crappy Internet service can cause you to lose the ball on a physical pinball game! It’s that frustrating!

OK, I realize this really only works if you are:

The point is: Comcast sucks so bad that they don’t even know how much they suck. Recently, Dead Flip raised over $1,600.00 to benefit Pinball Outreach Project. They did so regardless of the fact that Comcast was “fixing the Internet outage” in the area. Well it didn’t get fixed, but pinballers persevere.

Check out the rest of the List of Pinball Excuses. 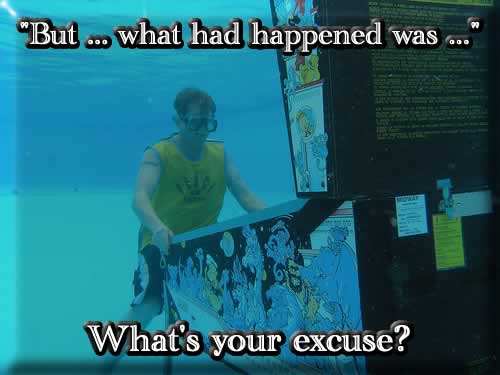