Star Trek: The Next Generation Kickstarter 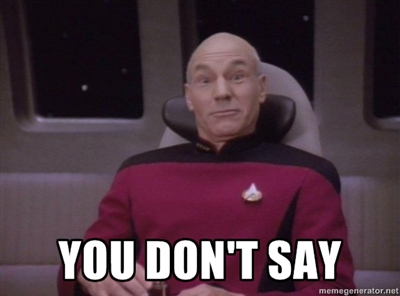 Those of us who noticed or participated in the Kickstarter for Twilight Zone are not surprised at this. However, it is official that FarSight  Studios is doing a Kickstarter for Star Trek: The Next Generation.

What’s even better news is that the goal this time is lower than last time. Since there was a $10,000 overage in pledges for Twilight Zone, the goal for Star Trek: TNG is at $45,000 instead of $55K. Nearly half of the target has already been reached in under 2 days, so I am pretty confident that it will get done. Although I am surprised that the licensing amount for a property like Star Trek: TNG ($55,000) was less then for the amount needed for Twilight Zone ($60,000).

Alright then, the precedent has been set and the proverbial ball is rolling. Which game will be next on FarSight’s KickStarter list?  FarSight has referenced the Internet Pinball Database (IPDB) top ten list in their Star Trek: TNG Kicktarter video and in the Twilight Zone video. By process of elimination, it would be either The Addams Family or Indiana Jones: The Pinball Adventure. These are the only two games on the IPDB top ten list that have not been released in some capacity.

Yes, I am going in on this Kickstarter as well just as I did for Twilight Zone.