The King is dethroned! Long live The King! 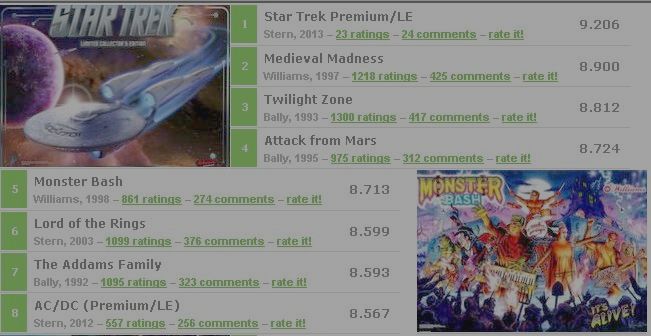 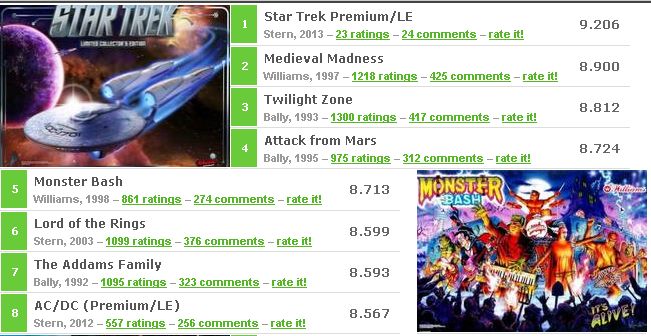 Well, lookee there! Stern’s Star Trek just jumped over Medieval Madness to claim the top spot on the Pinside Top 100! That means something, right? Well, I see that it’s based on only about 20-odd ratings as opposed to the over 1,000 ratings cast for Medieval and Twilight Zone.

I guess that’s about equivalent to comparing a baseball player who has hit for a .450 average for two months out of the season, versus a hall of fame bound slugger who has hit .335 and has 500 home runs. So, we’ll have to see how this plays out.

Congrats to Stern pinball though. It’s a fun pin, and I always play multiple games of it when I have the opportunity. I hope people don’t just vote low ratings on it now just to troll the game and lower the score. Be cool, Internet, be cool.