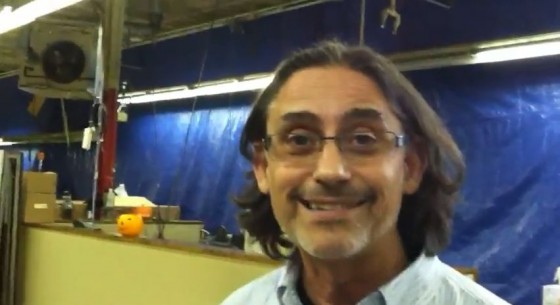 George Gomez talks about a secret area behind the blue tarp at the STERN factory. He can neither confirm or deny that this secret area contains Avengers, even though we know it does. Doesn’t it?

By the way, not even pictures were allowed to be taken this time when Pinball Expo attendees took the tour of the Stern factory. So, there is no Super Secret Secret Squirrel footage of anything behind the tarp.