Clash of Champions! Davidson vs. Gagno 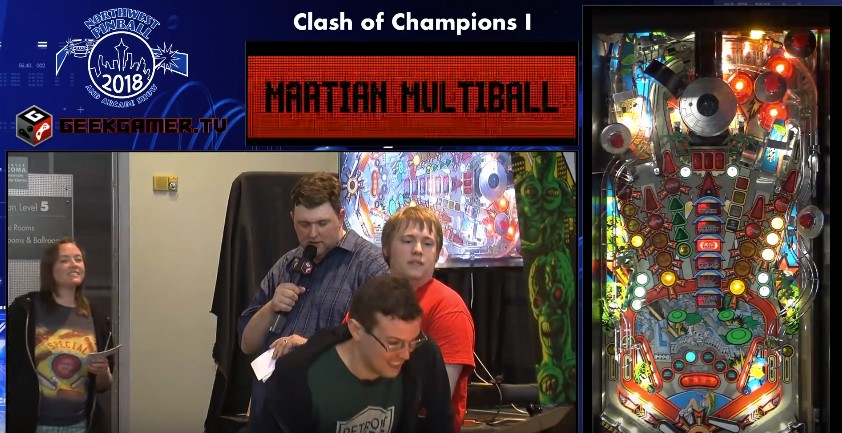 Clash of Champions! ROBERT VS RAYMOND! hosted by Chase Nunes of GeekGamer.TV and Ashley Weaver

Raymond and Robert will be going up against each other for the biggest cash prize of them all – one dollar! Which will go to the winner of a special challenge played during the seminar.

During the clash, host and Pinball Broadcaster, Chase Nunes and his co-host, Ashley Weaver, will also be asking them to explain what’s going through their mind as they play, their strategy…..all while they chat with the host and audience! We will be taking questions during the seminar as well! So please join us for this entertaining, educational and competitive hour of pinball wizardry and of course meeting two of the best players in the entire world – who just happen to live and play alongside us in the Pacific Northwest!