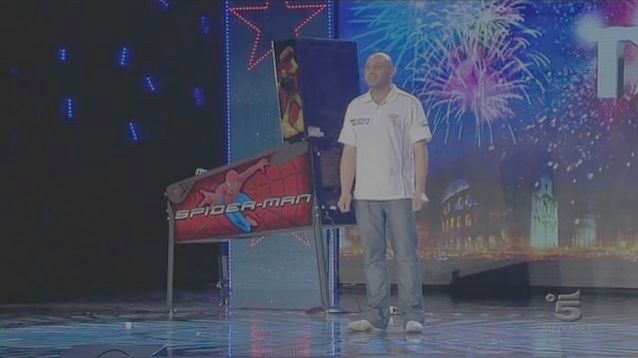 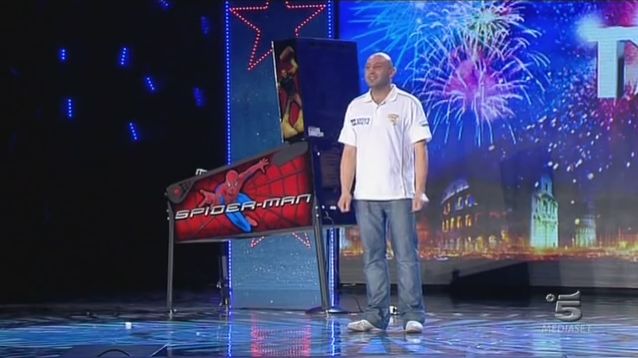 Daniele Acciari was on Italia’s Got Talent recently where he played Spider-man. Click the picture to go to the the site that has the video, since I couldn’t embed it here.

Apparently, he has moved on to the Final round! I wonder what he will do there?

“In simple words he say ‘he was 2 times world champions , he started to play when he was 7 yrs old and in a little chair since he was small in the arcade where he was play he would play all day with just 1 coin.’ He got 3 yes from judges so he is in final . Daniele he is undecided now what to do in final … suggestions are welcome !!”

How about playing for over twelve hours straight on limited food and not coming in last on a single game? Oh, wait he already did that.