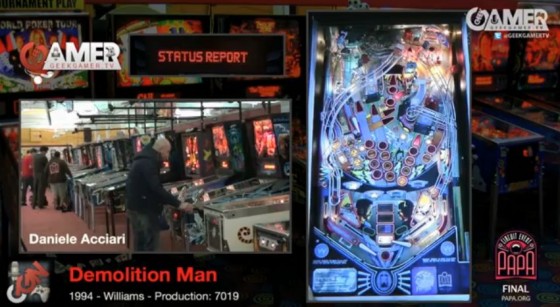 GeekGamer.TV’s coverage of the 2012-2013 PAPA Circuit Final begins with the round two match on Demolition Man. Due to technical difficulties, round one was not recorded by the GeekGamer equiment. However, the PAPA cameras were running so, I’ll bet round one does exist.

If it does exist, I’d expect see round one on the PAPA Circuit Final DVD set. If you want one, go to the PAPA.TV Kickstarter. You can get that, as well as several other rewards like token sets, a company picnic, or you could even create your own PAPA token to be put into circulation.

Round 2 coverage of the PAPA 2012 Circuit Final, Live from Scott Township, PA