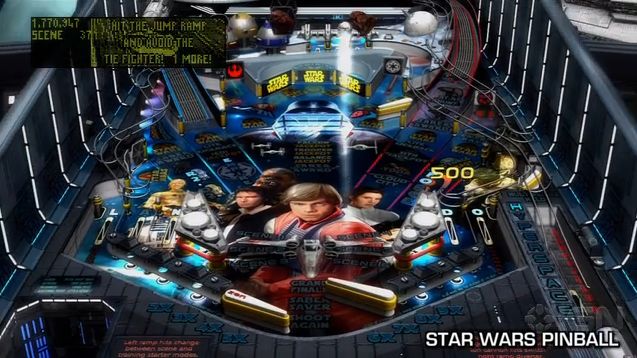 … Because I don’t see any improvement over the Xbox or PS3 for pinball games. My (admittedly flimsy) evidence for this? Star Wars Zen Pinball looks and sounds exactly the same on the  recently released Wii U version. Apparently they didn’t have any desire to “tighten up those graphics” for the Wii U. I guess it’s just a port.

Look, here’s a gameplay video of the Wii U version. You are forgiven for any butt-clenching due to the fact that the reviewer doesn’t use the upper flippers until well into the video.

Look, here’s gameplay of the non-Wii U version for a few months ago. There’s not as much butt-clenching needed here.