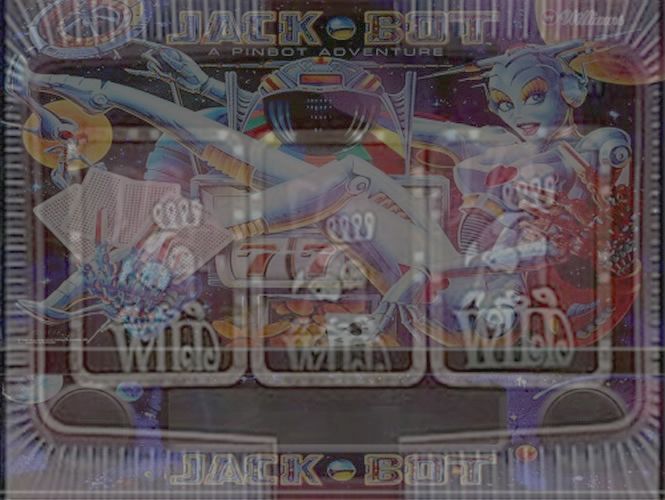 The following is not a remix at all. It’s a quick and dirty beat-match that I put together of the Pre-Launch beat from the pinball game Jack*Bot with “Joker’s Jive” from The Joker’s Wild game show.

Reason: I want to use small sections of it for some future YouTube videos.

If you don’t recognize “Joker’s Jive”, it’s because they used this theme for only one season of the show.

What does “Joker’s Jive” have to do with Jack*Bot? Well the Casino Run is basically the “Face the Devil” bonus round except with points, prizes and bombs, instead of money and The Devil. I’ve put video examples of both below so you can see the comparison.

The Joker’s Wild Bonus Round

Jack*Bot Casino Run (Played on PinMAME)If I had the programming skill I would try to use this track for some sort of secret Joker’s Wild mode in the game, where there are only points and a bomb on the reels.

I’d also use samples of Jack Barry and Bill Cullen calling out the dollar amounts during the Casino Run for that extra added nostalgia effect.

“TWENTY-FIVE! ONE-FIFTY! SEVENTY-FIVE!” Yes I know there are some other numbers in the Casino Run that wouldn’t have samples (like 20, 35, 40) because they aren’t on the Joker’s Wild slot machine. Let me keep my dream, OK?