Just When I Thought I Was Out, They Pull Me Back In! [Zen Studios] 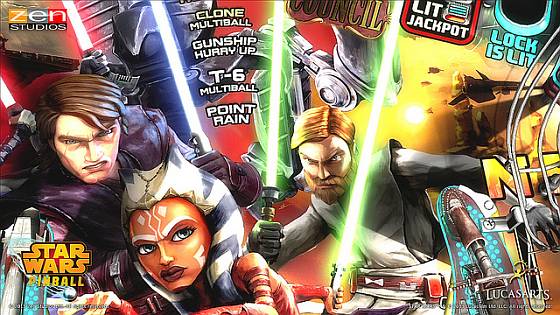 This week, Star Wars Pinball has been released. That means I’ll be firing up Xbox Live Arcade or PlayStation Network again, after a moderate hiatus, to play the new tables. It’s out of PC as well. The question is, for which platform will I get it? I’ve got some PSN dollar$ and XBOX $pacebuck$ lingering on my accounts.

At $9.99 for the pack of three, it’s not much of a risk. The Zen Pinball /Pinball FX platform has a track record of releasing mostly good tables. Besides, they realize that they better not have screwed these tables up. Because if they did, the unholy fury of nerdom will descend upon them. Well, as much unholy fury that exists in the intersection between Star Wars fans and pinball fans.