From the publishers of another pinball gaming series comes Space Warfare.

We were under the false impression that developing a 2D Pinball game would be a simple thing, but man were we wrong!

The first prototype was easy to put together but once we started looking at it under the magnifying glass, all the problems with the physics started to pop out.

It took the better part of the next 4 months to write the Physics from scratch instead of using Unity’s out of the box Physics.

At that time the game was feeling pretty good, but the real breakthrough came during GDC when we met again with FarSight Studios and they helped us by sharing their own Physics calculations. The way the game feels now is the result of this long iterative process, and we think fans will really enjoy playing a 2D Pinball game like this, because it has never been done before.

A hardcore virtual 2-Dimensional pinball game? I don’t even know what that means! The Kickstarter even says “warning” this is not a casual game” right there on one of the banners. 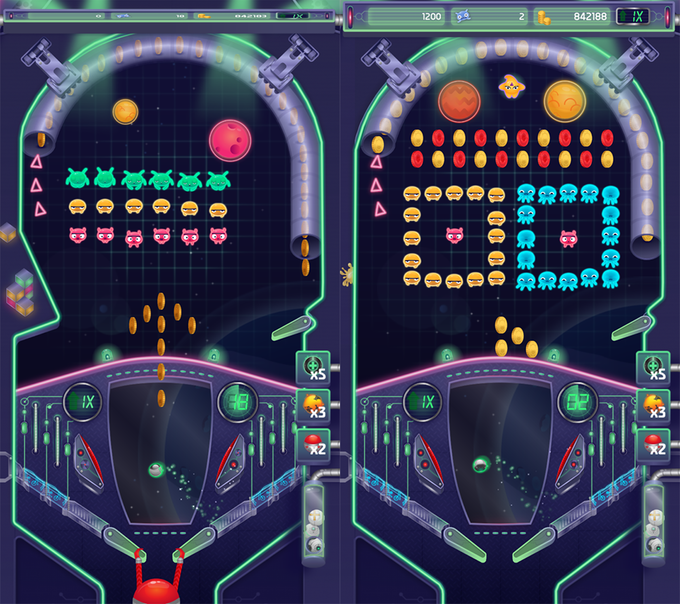 Is that red alien creature on the lower left flipping the double bird at those other aliens cosplaying as space invaders?