Lord of the Rings – The Two Towers Multiball 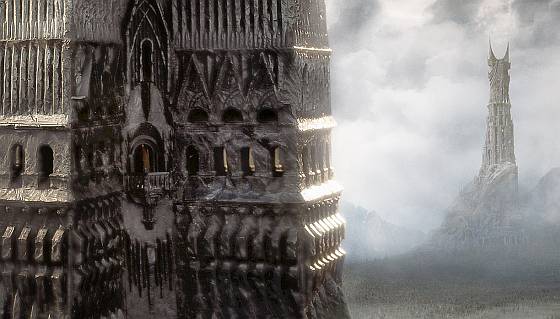 Programmer Keith Johnson took the time to share a detailed comment on what is happening during The Two Towers Multiball. He posted it on the PAPA commentary video I did semi-recently. I wondered what kind of formula was involved when determined how players progressed through this Multiball. Well, wonder no more.

“TTT multiball was always intended as a “survival” multiball, kinda like the movie. The goal is to survive for as long as it takes for Gandalf to show up basically.

“Since it’s survival, switches (just keeping balls in play) count towards your goal as do jackpots. Easiest difficulty is 200 switches, highest is 400 (goes in 50-switch steps, default is probably 300).

“Every switch hit decreases your goal by the number of balls in play (so usually 2-4). Every jackpot decreases your goal by 3 times the jackpot number (so 3-21). Originally there was an algorithm that also based this on the number of balls in play, but ultimately I thought it was too advantageous to better players vs casual players, because the number I had to set the count to was so high to make it last any time at all during 3x jackpots would’ve made it impossible for any normal person to finish it. Also, I wanted to reward you for making higher jackpot numbers, so ultimately I think it’s best the way it is.

“If you make a jackpot-7, then you’ve accumulated 84 hits towards your goal, so that’s pretty good.

“Oh, also the super jackpot is based on the number of jackpots you’ve shot, so if you do nothing but shoot the spinner and jets, it’ll be way lower than if you were shooting jackpots.

“So, ultimately, like a lot of things I’ve done, it was probably way over-engineered, but meh. It still “feels” right to me, anyway.” –Keith Johnson”

I hope Keith continues to “over-engineer” like this in his future games. Now that I know this, I appreciate The Two Towers Multiball even more.