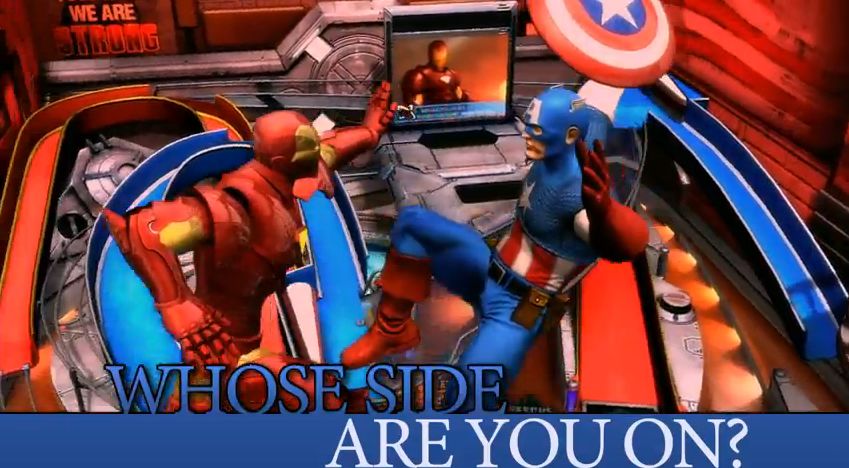 Whose side are you on? Zen Studios will offer a new standalone DLC table for almost every platform:


Iron Man and Captain America face off in dramatic fashion in the latest collaboration between pinball masters’ Zen Studios and entertainment powerhouse Marvel Entertainment. Based on the 2006 six part comic mini-series Civil War, players must choose to join Iron Man in support of the Superhuman Registration Act, or join Captain America in the fight against it.