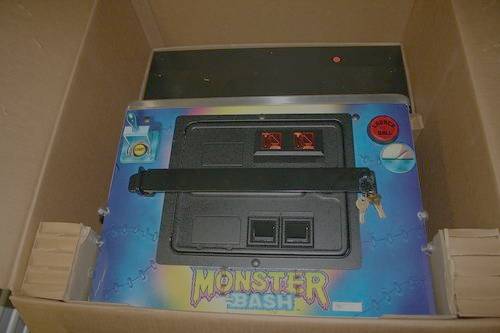 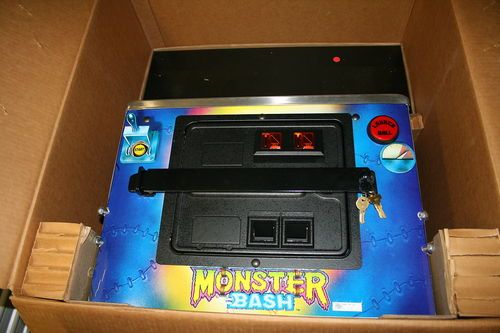 The next item up for bid on The Price is Right is an almost new Monster Bash. Yes, somehow there is an unplayed Monster Bash available on eBay. The seller states:

Well, the seller has 100% positive feedback for whatever that’s worth. Of course I have no shot of getting this since the current high bid is at $15,000.00, and I am not clinically insane. However, even if I did hit the lottery over the next few days, I still don’t think I would get it.

Unused does not mean 100% working. I’ve been to launch parties where a new game has had problems right out of the box. I’m especially looking at you, Avengers and X-Men, with your ball trough issues. Then again those were STERN titles whereas this is the legendary Monster Bash … of legendary-ness.

Plus, it’s already at $15,000.00. At that price, just like a new car, wouldn’t you lose about half of the value of the item when you play that first game?

I don’t know anymore. If you have the trust funds available, go ahead and bid it up here and good luck.