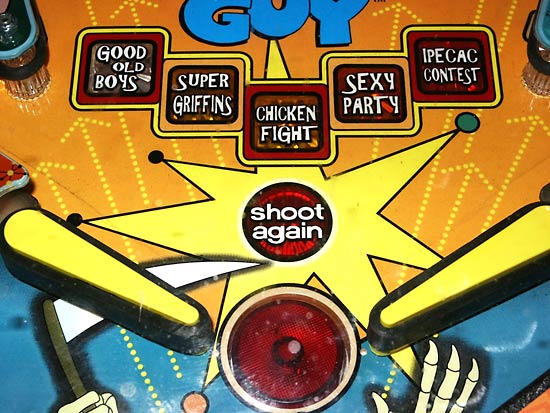 The act of letting the ball “pass” through upraised flipper(s) while the center post is up.

Double, triple and quadruple “Passys” can occur during multiballs when the balls leave the playing surface in quick succession through the upraised flipper (similar to “Lemmings” exiting through the outlanes or SDTM).

Named after Pinball NYC Team captain Charles Passy who performed a quadruple passy during Fart Multiball on Family Guy; this, after ample coaching that the post was up.