Pic of the Day: #EpicLastChance 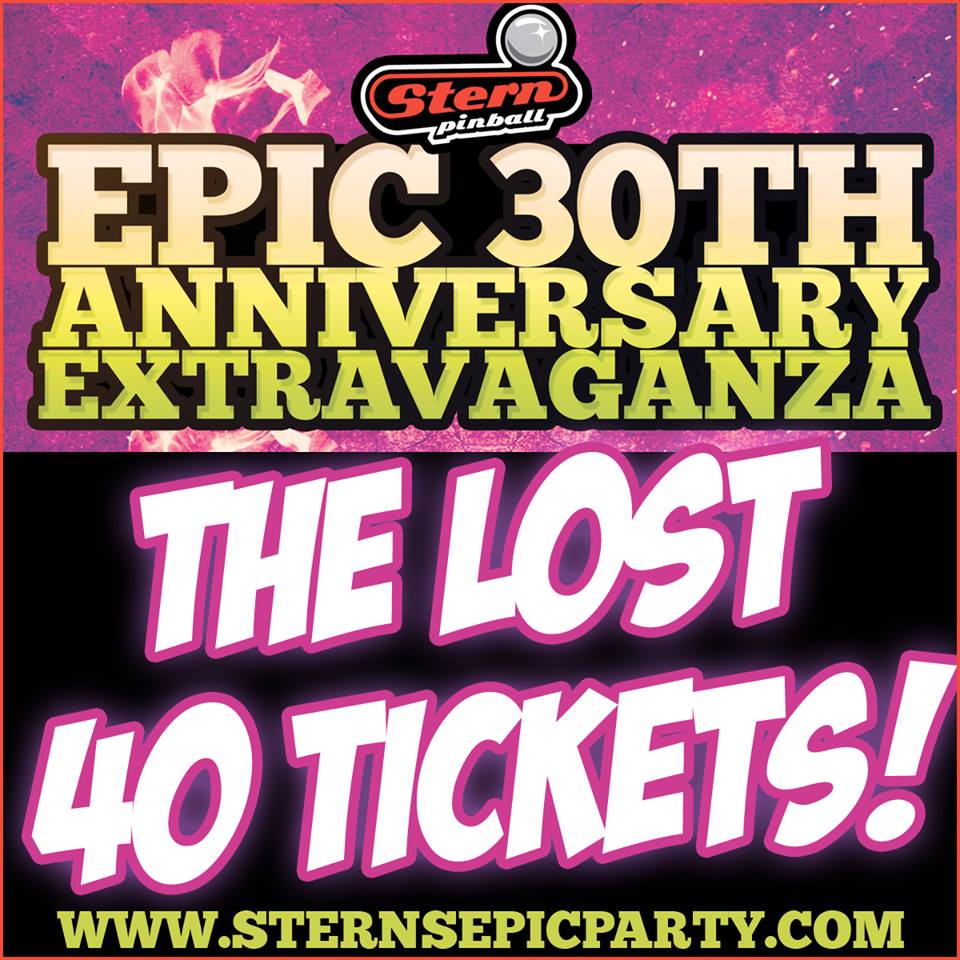 THE LOST 40 TICKETS! Due to overwhelming demand to attend our SOLD OUT Stern Pinball Epic 30th Anniversary Extravaganza…

OK, so apparently this is the final, final, double-secret, called it, no talk-back, infinity, triple diamond deluxe, super, ultra last chance to get a ticket to the Stern Epic thing.

Question: If something did not exist (like epic tickets), and then this thing exists later, was it ever “lost”?