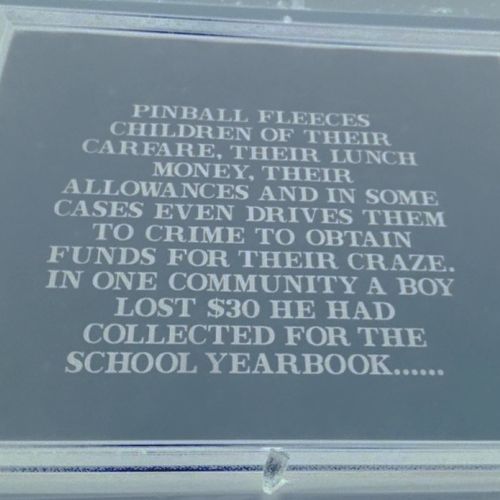 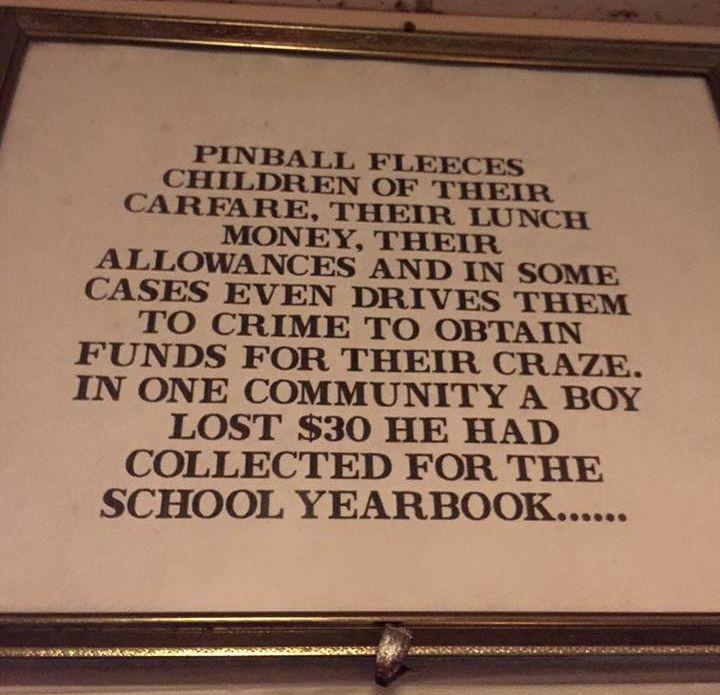 Won’t SOMEBODY PLEASE think of the CHILDREN?!

This sign has an unnecessarily long ellipsis at the end as if there is a continuation to this child’s story of degradation. What happened next? Did the child turn to a life of crime to recover that sacred yearbook money that he apparently lost to the demons of pinball? What might he have done to sacrifice his dignity and integrity to get one more quarter to feed the flippered bandits at the arcade.

The flashing lights, the scrolling reels and the hypnotizing sounds are enough to capture any mild mannered, innocent child or adult for that matter.

One time, I lost quite a bit of dollars putting in entries at a tournament, constantly waiting in line to throw a portion of my life away with another futile entry. Only to get in line AGAIN. Why, because it was so addicti– uh, I mean FUN! YES! FUN! [I won it back later though. ^_^]

How have you been fleeced by the evil that is pinball? (so evil. ^_^) 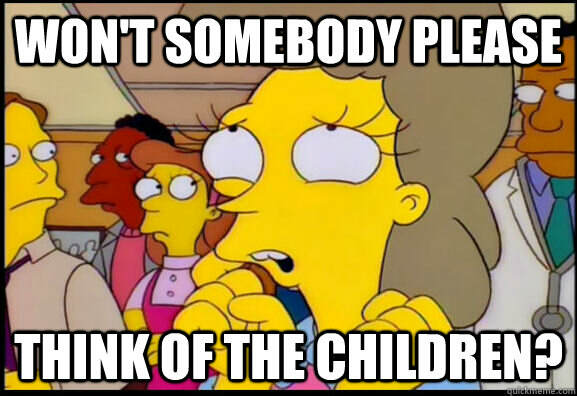