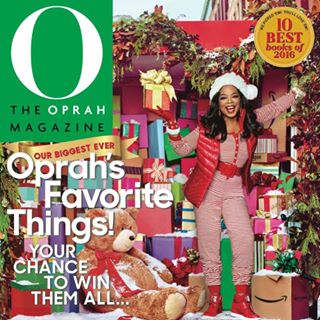 Pinball Outreach Project founder Nicole Anne Reik is featured in the December 2016 issue of “O” Magazine, on sale now at newsstands everywhere! Nicole was profiled for the Second Act column, which focuses on women who decide to change careers later in life. “There are two sentences I never thought I would hear in my lifetime,” said Reik. “‘The Chicago Cubs have won the World Series’ and ‘Oprah Magazine is going to do a story about you!”‘

While the column is not online yet, we have a PDF you can check out in the meantime. 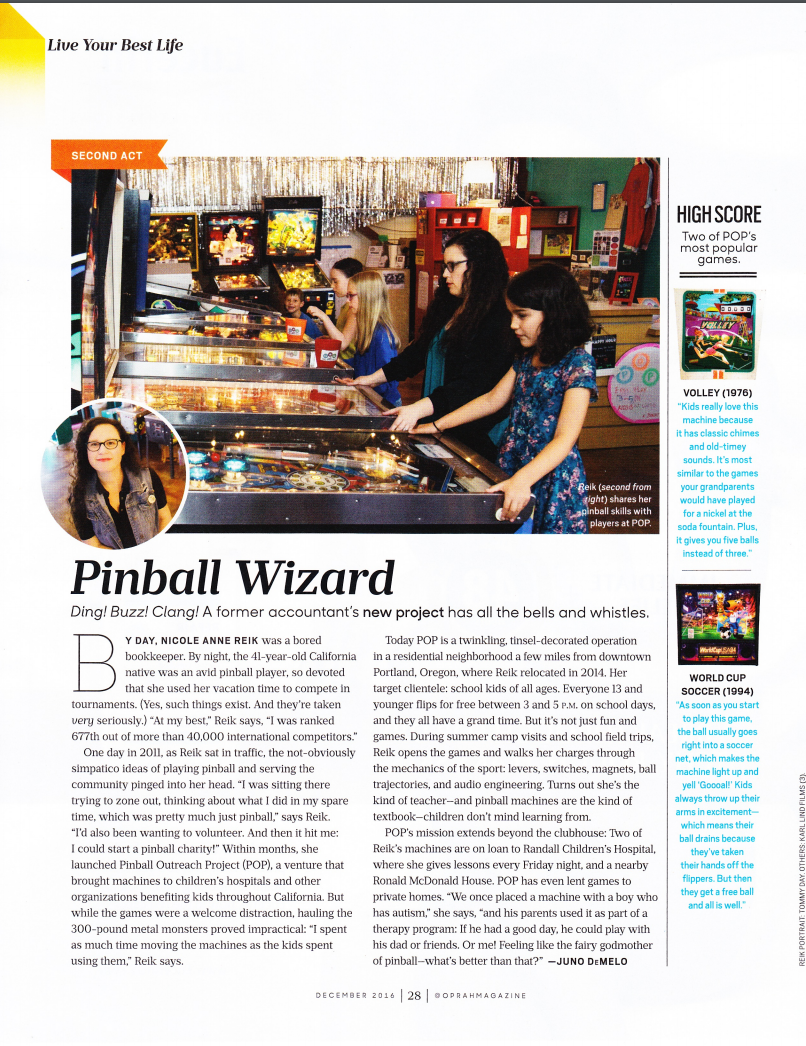