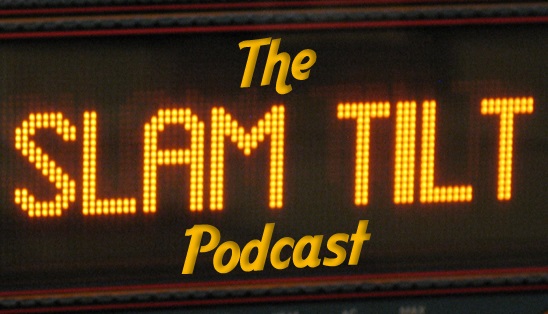 I was surprised that my opponent in the Finals did not chose to play High Roller Casino against me. Yes, it is a Stern game, but not in the Spider-Man, Star Trek, Game of Thrones sort of way. Plus I saw him owning HRC to the tune of almost half-a-billion points only minutes earlier.

Me-thinks he chose a game that he thought would be disadvantageous against me (Cyclone) instead of choosing a game the would favor him. That’s a dangerous game of chicken to play. Besides, I would count High Roller Casino as a “Game I Like”. I’ve seen my share of Super Duper Mega Extreme 50x Jackpots. It’s fun to see that spelled out when you accomplish it. HRC is about a 5 or 6 out of 10 game for me. If anything over 5/10 counts as a “Game I Like”, then there you go.  I guess that goes toward a vote for Bruce’s side of the HRC debate.

Although, I didn’t really care what game I was going to play. They all played pretty well. The ball savers changed the game though, because you has to make sure to use them strategically to their maximum effect. If you used your ball save time up early with an quick preliminary drain, oh well. That’s your fault you didn’t take advantage of the free time. I certainly did that a few times on The Walking Dead and Metallica and had to come back from those disadvantages. Barb Wire’s ball saves were especially ridiculously long though.

This episode also covers the schadenfreude of the courtroom audio clip concerning the Predator situation. By now, the next steps must have been taken, whatever that is.

As far the the hardest shot in pinball, that multiball start shot on Demolition Man is a great call. Most of the time, I will avoid that shot directly in favor of shooting the AGMAG shot. In that, I am hoping that it will bounce off of the left side wall, up the ramp and into the Multiball Start hole.

Tim Sexton is back to talk some Pinball