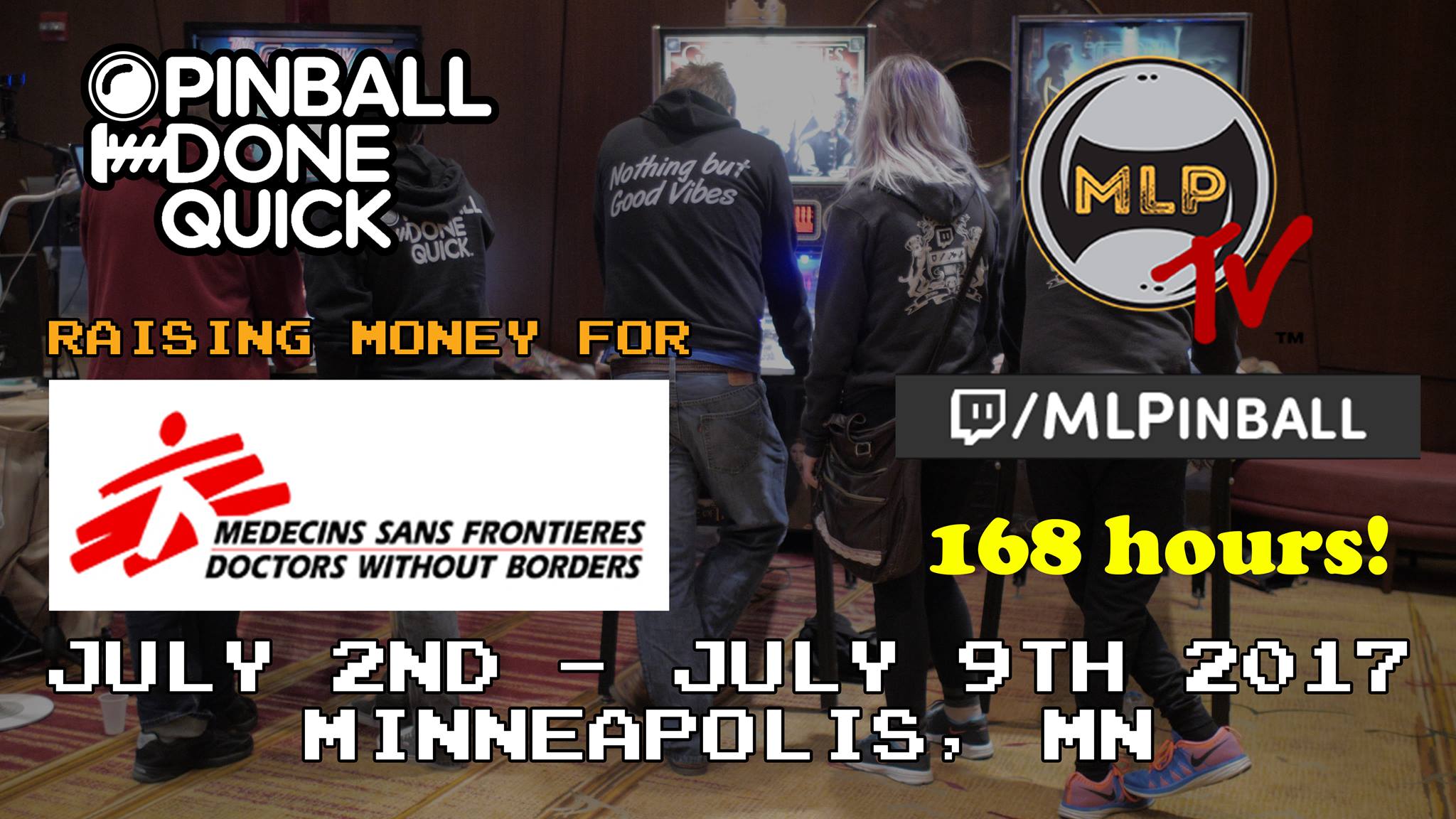 Starting July 2nd at 3PM, and running through July 9th, Major League Pinball (MLP) will be streaming pinball from Summer Games Done Quick. MLP will be helping to raise money for Doctors Without Borders.

Major League Pinball twitch.tv/mlpinball is a Twitch channel that will be a community based pinball channel where people can stream to an already existing audience and get help with commentary, graphics and other production features that are difficult to do as a single tournament director or streamer.

Go to the stream now, because MLP is streaming content from the Awesome Games Done Quick event, leading up to the SGDQ event coming up on July 2nd.