A ‘Revenge from Mars’ Halloween 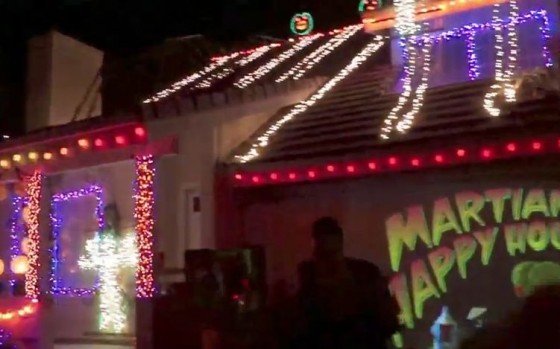 Trick-or-treaters who visited this house were greeted with an impressive light show based on Revenge from Mars. Costumed adventurers take on invading aliens in a battle for Halloween supremacy… and candy.

Light Show is controlled by the action on the pinball machine. Microcontroller detects Start, Ball Launch, different modes, multiball, game over etc. and triggers custom light shows in a 160 channel Light-o-rama system featuring a giant flying Saucer and 6 martians on the house. Visitors on Halloween night had such a good time that some of them forgot to ask for treats! Pinball is a 1999 Williams Revenge From Mars with game video that was projected on the garage door. Audio was also broadcast on 99.1 FM for viewers in cars.