Another kind of pinball map [IFPA] 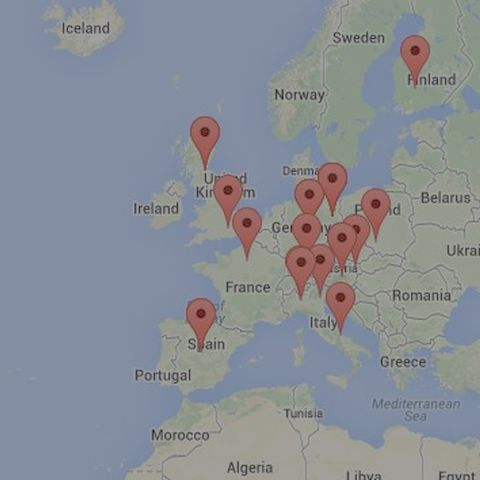 Check out what happened over at the IFPA website. It’s a new calendar/map hybrid that better organizes all of the tournaments and league competitions.

You can instantly see which IFPA recognized tournaments are happening in your area and when they are scheduled to happen.

That means no more excuses about missing a tournament near you that has just passed, that you could have gone to if only you had known.

It also means it’s easier for tournament organizers and directors to schedule events to avoid as many conflicts as possible.

Want to see something cool? Check out the active leagues and look at the amount of pins that show up. That’s just the ones that are active, not all of them. Below that is a listing of the IFPA recognized leagues in your country.

Make sure your league or tournament is represented!

The IFPA is excited to announce we’ve completely redesigned our tournament calendar to make it easier for players to find IFPA endorsed events near them. We have also moved the IFPA Leagues module to this area to help players find and join leagues that may be near them.

The new IFPA calendar also has an updated process for tournament directors to submit their event to be added to the calendar. You will notice that no organizer will be allowed to select a date that isn’t at least 30 days in the future. We are also requiring a full address where the tournament will be held, as well as website with details of the format. You will also notice an additional field asking for an email address of the person that will be submitting results. This is because tournament directors will no longer be submitting results via email to the IFPA, but will be responsible for submitting them directly through the IFPA website (coming soon!).

We also have some big things planned for the launch of the 2015 season, including the biggest changes we’ve ever made to the WPPR system since 2009. Stay tuned for those details later in the year.