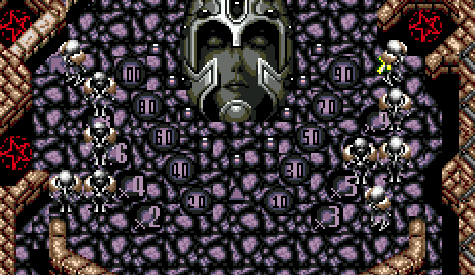 By the way, nining-out this game was no easy task. You had to master getting many extra balls in reserve and then get passwords along the way as you slowly increased your score. It took forever. Or, you could just cheat and get the password that warped you to the end after scoring one switch.