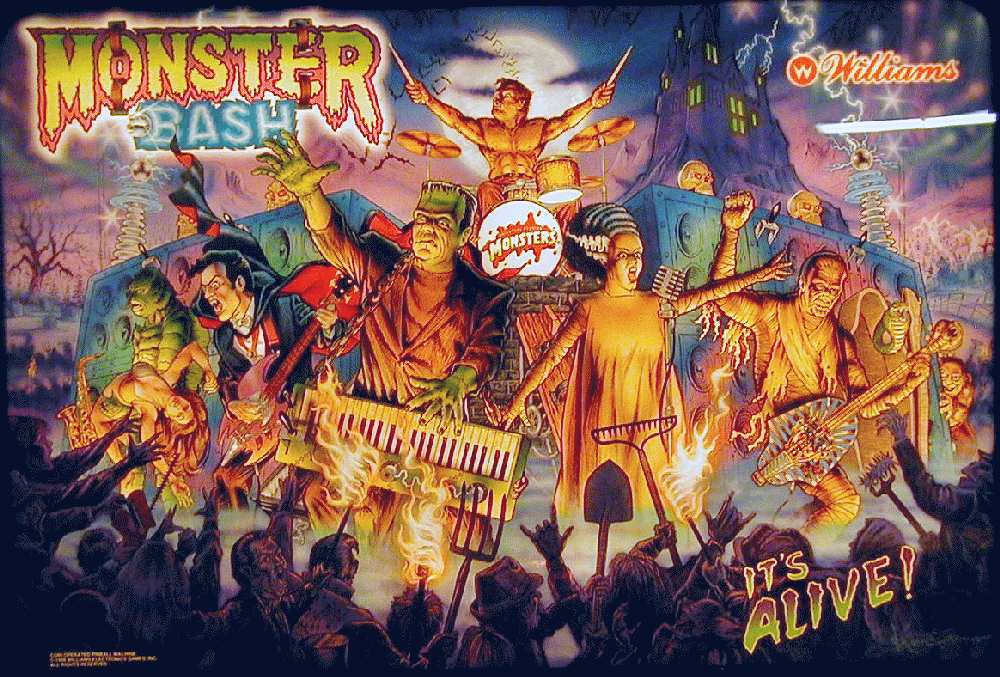 One of the greatest stacks in the history of pinball.

In Monster Bash, if you can get all six Monster Modes running simultaneously, you will see a special animation where a bunch of big sixes fly toward you like the Microsoft Windows Starfield screen saver. You also get a quick “All Six Monsters” 15 million point bonus. Then, Frankenstein Multiball starts, because Frankenstein must be the last monster collected for this to work. The reason is Frankenstein Multiball stops progress toward activating any of the other Monsters.

Now, all of the Monster Modes are lit, their timers are frozen and 3 balls are racing around the playfield with a long ball saver time. This can result in the collection of all six instruments during Frankenstein Multiball which starts Monsters of Rock Multiball. When this happens, the player gets an instant 25 Million bonus for skipping over Monster Bash Multiball and going directly into Monster’s of Rock. You also get an additional 5 Million for every instrument collected. Usually, 1 instrument per monster has been collected at this point, so 6 x 5 Million = an additional 30 Million bonus. That is a total award of 55 Million before you even start Monsters of Rock Multiball.

Then, all Monsters are lit for 4 million each. Plus, completing all of the monster shots awards a progressive Monsters of Rock Jackpot starting at 20 Million, and you get another tremendously long ball saver. Doing this can make you feel like you are invincible or at least in the zone. I can tell you that it is one of the best experiences I have had while playing pinball.