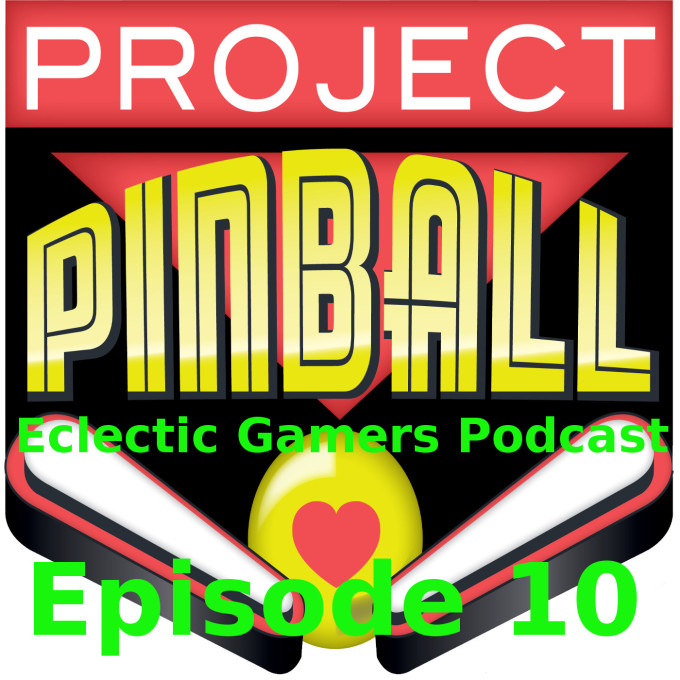 Episode 9 brought me in. Episode 10 keeps it going.

An interview with Daniel Spolar and Amber Streath of Project Pinball.

From Eclectic Gamers (Source)
—
Pinball: Results of Round 2 of the 1980s Pinball Machine Mania Tournament are discussed, and the match-ups for Round 3 are revealed.
—
Dennis conducts an interview with Daniel Spolar and Amber Streath of the Project Pinball Charity. They discuss Project Pinball’s mission, their upcoming July 2016 fundraising campaign, and ways the public can get involved in their efforts to install pinball machines in hospitals across the land.
—
Tony and Dennis also sit down with Keri Wing, recent victor of Cactus Jack’s Silverball Showdown, a PAPA circuit event. They go over what the PAPA circuit events are, talk about some of the games Keri played, and about her being the first woman in history to win a PAPA event.