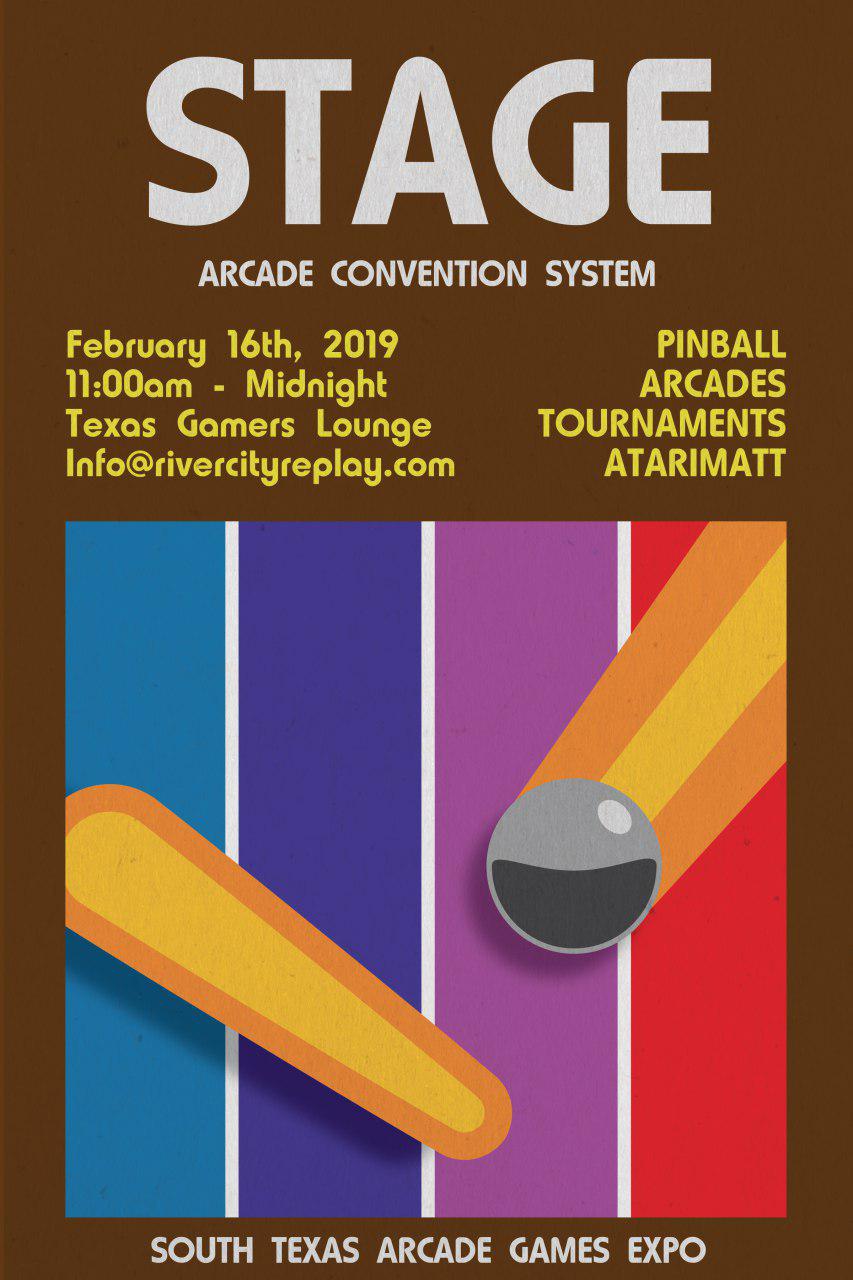 Registration dates will be announced soon. This is the official announcement of the first annual South Texas Arcade Games Expo. We will be hosting our event at Texas Gamers Lounge. We will have Pinball Tournaments, Windjammers Tournament, Arcade Games and music guest Atarimatt. We hope you join us as we want to build STAGE as the arcade convention for the San Antonio and Austin area.

STAGE pinball tournament director will be Dick Curtis. Games and tournament structure will be announced when available.

The Tournament will be streamed by Phil Grimaldi of Space City Pinball.