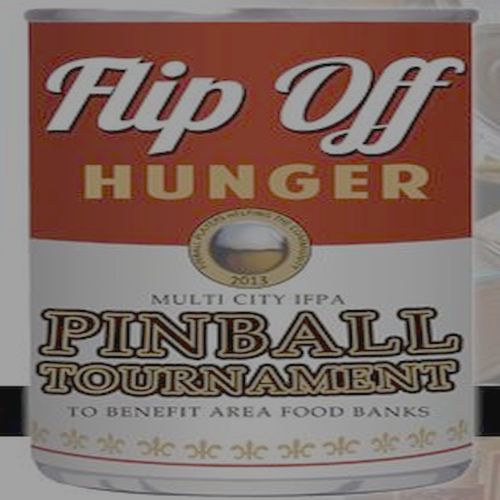 There have been quite a few Flip off Hunger Charity pinball tournaments for the month of November. There are still quite a few events to be held for the remainder of the month. Check out the IFPA calendar for the list of remaining events. See the Facebook Group here.

Here’s another Flip Off Hunger tournament that I’ll be attending at Eight on the Break in New Jersey this Saturday. NJ.com gave it a little taste of coverage on its website so hopefully that will mean more people will be coming to the event. According to the article, 8 on the Break is the country’s oldest continually operated arcade.

So come on by Saturday, Nov 22nd at 1:00 PM to challenge us on 10 great playing games (yes, even Stern’s Avengers) and raise money for charity.

You can even try some PinGolf entries after the tournament is over.

Welcome to the eleventh season of the
Jersey Pinball Association PinGolf Tournament
at Eight on the Break Arcade, Dunellen, NJ.