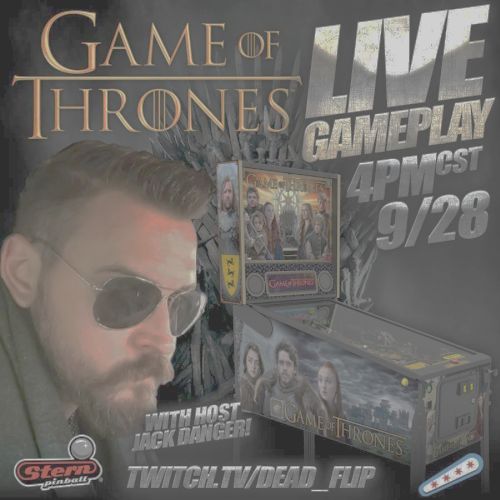 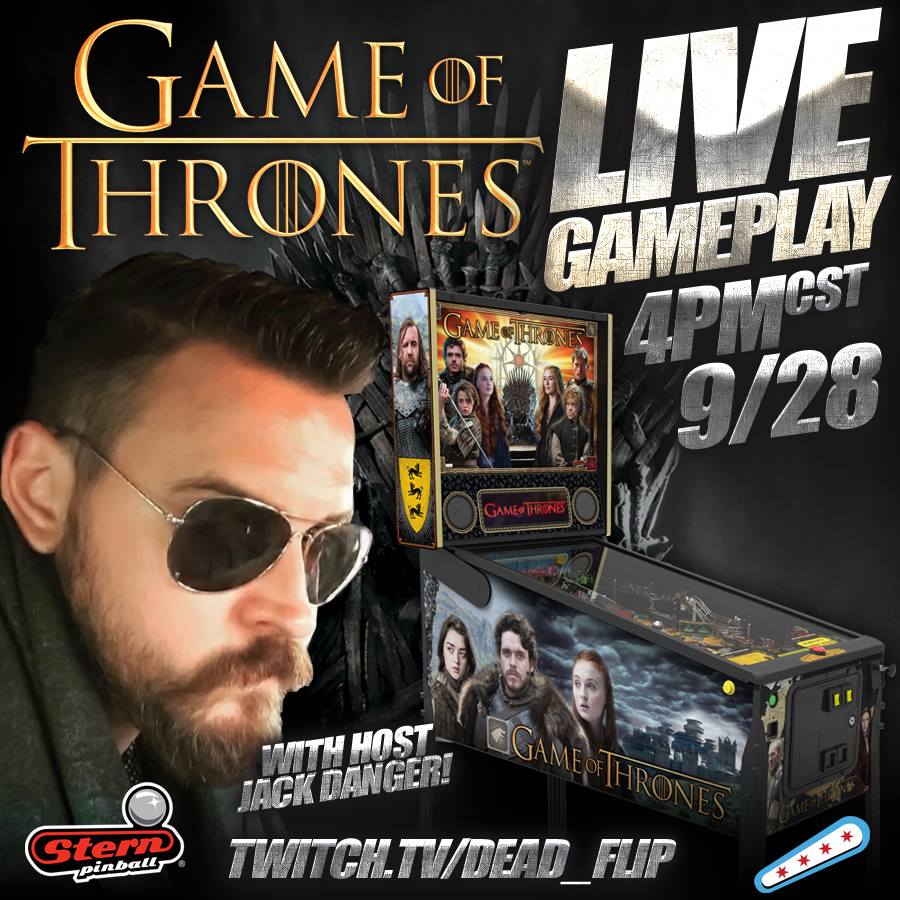 Jack Danger of Dead Flip will be at the Stern Pinball factory LIVE this Monday, September 28th at 4:00 PM for a demonstration of Game of Thrones Pinball!

Will Jack of the Danger family become the next character to meet an untimely demise, or will he train new dragons to rule over whatever they do on that show? Tune in Monday at 4:00 PM on the Next episode of Game of Thrones Pinball to find out.‪ #‎NoSpoilers‬

Meanwhile watch Dead Flip face off against ultra popular Twitch streamer LethalFrag in a recent epic battle of pinball wits! It’s at Free Gold Watch so other pinball stars might be in attendance, like Andrei Massenkoff. Get those flippers and butts up, everyone! Thanks for keeping it dapper!