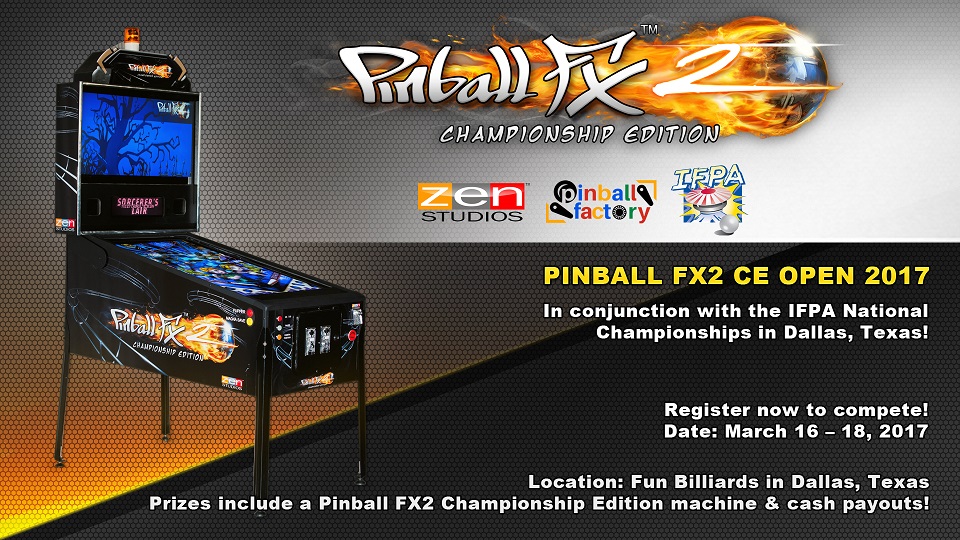 Zen Studios, Pinball Factory and the International Flipper Pinball Association are proud to announce that they are teaming up for an exciting new tournament to celebrate the launch of Pinball FX2 Championship Edition, Zen’s arcade cabinet version of its hit digital pinball experience, Pinball FX2. Taking place from March 16 to March 18 at Fun Billiards in Dallas, Texas, the IFPA – Pinball FX2 CE Open 2017 invites players from all over the world to test their pinball mettle for a chance to win their very own