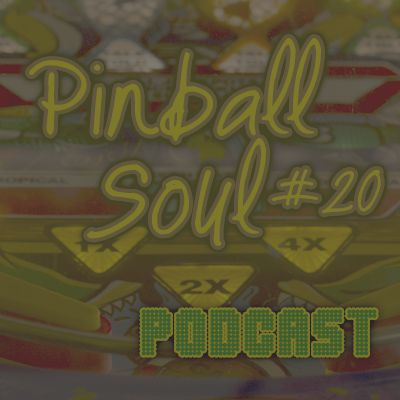 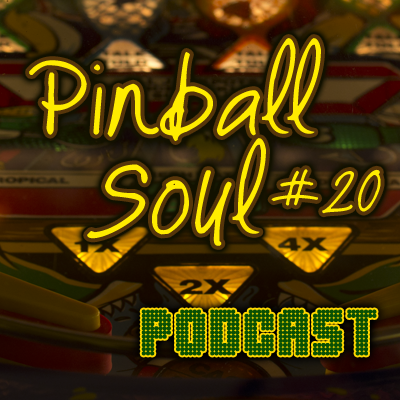 Click the play button to listen to the podcast.

Gene X Hwang and Josh Blood wrap up their coverage of the Chicago Pinball Expo on the Pinball Soul Podcast (which you should be subscribed to by the way). It was really nice of them to mention me and my web site a few times throughout the podcast. They also used me for reference material when they talked about the Flipout Tournament. I felt like some sort of pinball pseudo-celebrity for a few minutes.

For future reference, Gene, anytime you would like to talk about pinball stuff, feel free to get my attention. I wish I had remembered to get back in contact with you after we met at the Stern Star Trek Launch Party. I guess I just was too zoned in on qualifying and commentating. It would have even been cool If you wanted to record our conversation we had at the Launch Party itself.

Speaking of qualifying, when I posted that picture about the tournament line and how long it was, I decided to #screwit and focus on trying to qualify for the Classics tournament. As I was failing to make progress in Classics, I noticed that my rank was dropping in the Main tournament. Since I wanted to make sure to stay in the Top 12 to earn a double-bye in the playoff bracket, I rejoined that long line to see if I could pick up some points. I didn’t improve my standing but I did maintain 9th qualifying position.

THIS IS THE LINE FOR THE PINBALL EXPO TOURNAMENT! #pinball #longwait #screwit http://t.co/eX8IEgD3Iu

Gene was totally correct when he said that the line wasn’t as long as it seemed. Anytime a game opened up, scorekeepers called out the name of the open game to the players waiting in line. Whoever was closest in line that wanted it, got it. Very often, that open game was AC/DC or Star Trek because two of each game were available.

However, for other games like Lord of the Rings and Spider-man, there were “sub-lines” separate from the main line that had people waiting in the chairs near the game. It was all very organized and handled well by the volunteers. I suppose I might have felt differently had I not had some great games very early on in qualifying, and instead would have needed to be in that line just to make it in the playoffs.

As for being a minority who plays pinball, I do notice how few minorities there are in competitive pinball. Sometimes I’m the easiest one to pick out of the crowd it you catch my drift. But, as pinball continues it’s resurgence, this has improved.

In a related story, a rather peculiar moment happened at the Southern Pinball Festival last year. A few minutes before the playoffs started, one of the attendees approached me and said, “I’ll tell you, we don’t see many players who look like you playing pinball. For a black guy, you play pinball pretty good”.  I realized that his comment was well-intentioned so I smiled, thanked him and talked pinball with him for a few minutes.

On an unrelated note, thanks for giving me confidence that I have chosen the right name for my web site. I used to think that I had made a branding mistake by not have the word “pinball” somewhere in the name. But, I have learned by talking to other pinballers that they really do like the name, and that it’s the content that will make the brand.

In closing, “Shivers and Blood” is a podcast that needs to exist because that name is too good. I hope some collaboration can happen there.