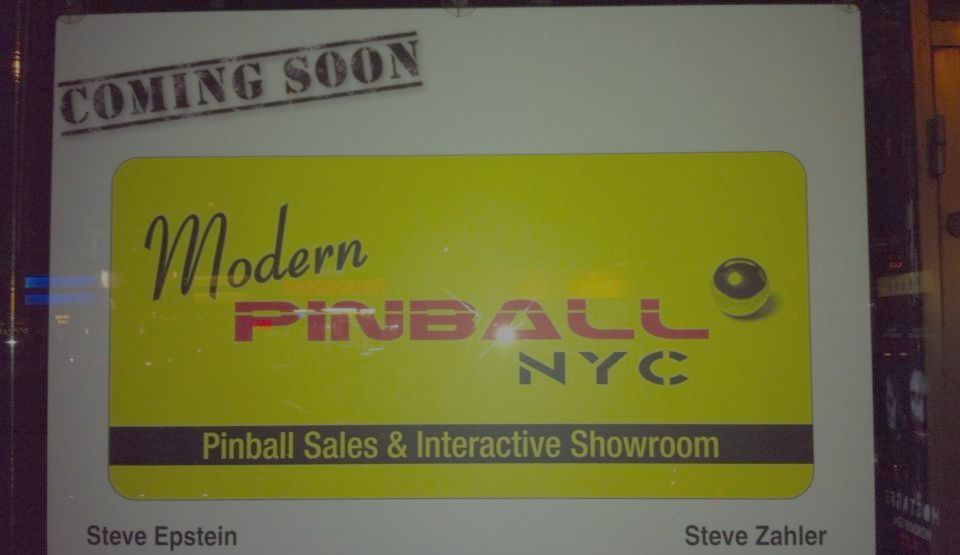 Get ready Manhattan, because Modern Pinball NYC is about to arrive!

Steve Epstein, who once owned The Broadway Arcade considered to be a pinball hotspot of New York City, and Steve Zahler, top tournament player and tournament director are working together to create Modern Pinball NYC, a brand new pinball location. With support from Eddie Cramer, Al Cihak and Roger Sharpe, they are looking to reintroduce pinball fanatics and tourists alike to high quality, location pinball.

We’re “Modern Pinball NYC” – a pinball retail space and interactive showroom. What that means is that we will be selling pinball machines and allowing the public to play our games for an hourly fee (initially we will be showcasing up to 30 titles).

Plus, whatever the customer pays can be applied towards the future purchase of a pinball machine! We feel this is a great way to promote pinball while bringing pinball back to New York City! (Something which Steve Epstein and I are very passionate about).

We are an Authorized Jersey Jack Pinball distributor so we will even have a Wizard of Oz machine on the floor. Finally – We strongly believe in offering a quality product for purchase and play.

To that end we’ve been working closely with Al Cihak and Eddie Cramer to provide the finest pinball machines anywhere in terms of aesthetics, playability and reliability. Eddie Cramer is doing a *fantastic* job restoring the games and will work with us to keep them in great condition.

Knowing the work that Al and Eddie have done already for the pinball community in New York, I am pleased to hear that they are involved in this project as well.

SANDING AND SPACKLING FUN!
More information about the place has been released over the past couple of weeks on the Pinside Forum. Inclues pictures of games being worked on by Eddie Cramer.

Some games being readied for this space are Dr dude, Whirlwind, High Speed, Funhouse, Monster Bash, Twilight Zone, The Addams Family, Cactus Canyon, Theatre of Magic, Batman Dark Knight, Lord of the Rings LE, The Simpsons Pinball Party, World Cup Soccer and many others including quite a few LE editions.

Of Course, Wizard Of Oz, and the most recent Stern Games will be there, mostly Limited Edition versions. Newest games will be gotten early when possible.

We want this place to be the go to place for tourists, pinball freaks and anyone looking to have a fun escape. 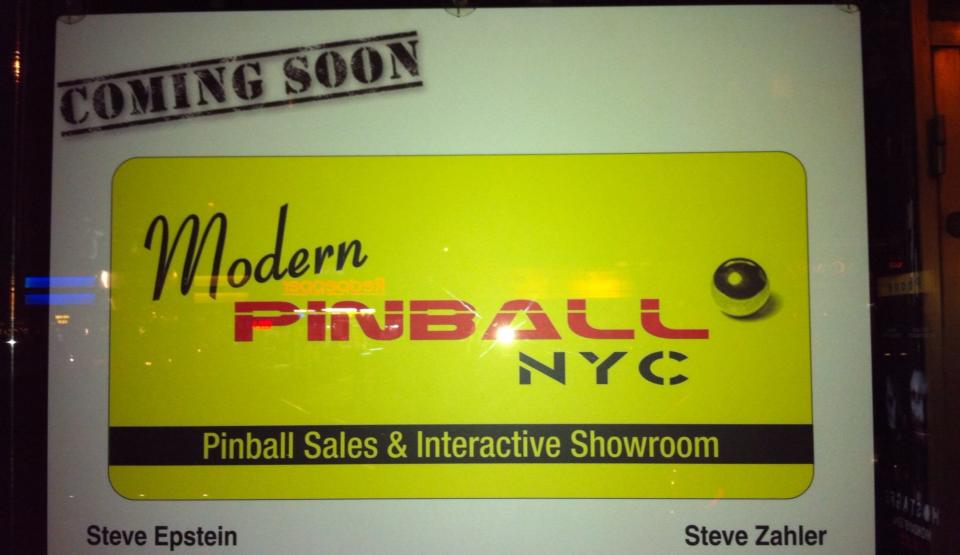 Repairs will also be considered as well as classes on Repair/Maintenance.

What will set this place apart is that it will be owned and run by Pinball enthusiasts and not bean counters. Those involved in the industry at the highest levels and Top ranked Tournament players.

Most importantly the machines will be the finest playing, cleanest examples you will find anywhere including many homes… (Modern Pinball NYC) will not have dirt on machines, Broken Rubbers, Weak flippers, assemblies, or any excuses as to why your score isn’t higher. (Modern Pinball NYC) will be the new standard for players and set the example of how machines should be maintained whether on location or in the home.

This is what players have talked about and now it will be realized.

Not serving alcohol will serve the Pinball community by enabling those of all ages to play. It’s the youth that will keep pinball alive and this venue will strive to introduce Pinball to the youth, families and the mainstream populace.

Needless to say, my body is ready for this. More information as this story develops.