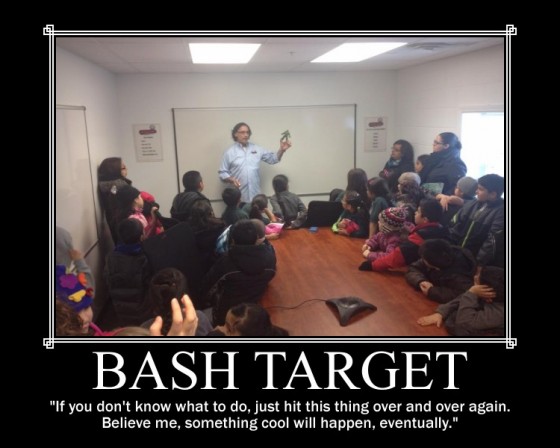 This is a object on the playfield meant to draw the attention of new players and help them to acquaint themselves with some of the rules of the game. It is usually a larger, more obvious toy or area that a player can hit repeatedly with the ball. Hitting this object enough times can cause an important feature in the game to activate.

As the player becomes more experienced with the game and its rule set, they will begin to judge when and how to use the bash target properly. This area may be designed as a dangerous area to shoot the ball, which means there may be an increased risk of draining each time the player tries to shoot the target.