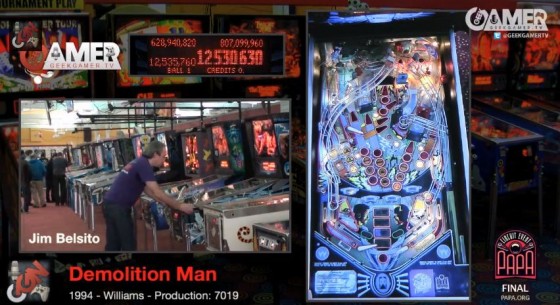 To wait until the very last minute to attempt a qualifying entry for a pinball playoff, and succeed in qualifying for the next level of competition.

Players who have been suddenly pushed out of the playoffs because of this are said to have been “Belsitoed”.

Players were attempting to Belsito their way into the final with only a few minutes remaining.