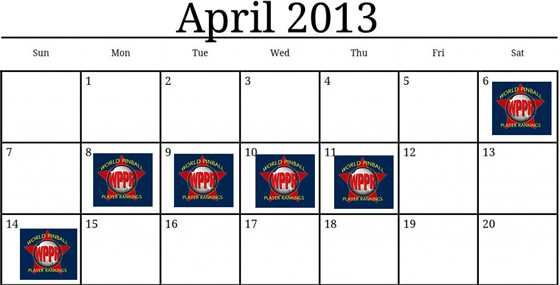 The act of getting a pinball tournament recognized by the International Flipper Pinball Association (IFPA) so that competitors in the event will receive World Pinball Player Ranking (WPPR) points.

A key part of pinball’s resurgence, the IFPA tracks thousands of pinball players and pinball tournaments. Players are awarded WPPR points based on a few factors which include how well they finished in the event, who participated in it and how many people played.

Players who are looking to improve their standing on the pinball rankings list are more likely to attend tournaments that award WPPR points.

Dave: “Mike, are you going to the pinball tournament coming up this May?”

Mike: “Maybe, where is it going to be held?”

Dave: “The arcade over at East Hasenpfeffer.”