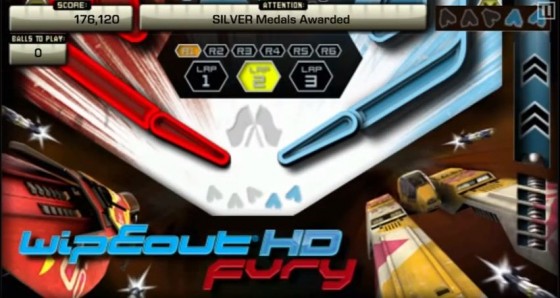 In this era of Zen Pinball/Pinball FX 2 and Pinball Arcade, you are no longer allowed to release pinball games with the kind of screen scrolling you see in the video. Fine, I guess you can release it, but don’t expect me and other hardcore pinballers to buy it.

It was OK back when we were playing Pinball Dreams and Pinball Fantasies for the PC. Back then, we dealt with having to guess where the flipper was as the ball flew down the screen at high speeds. But, that type of scrolling died out with floppy discs.

At least they did add some different portrait views that force you to shift the PS Vita on its side to play it properly, but it’s not good enough.