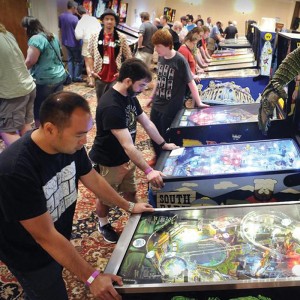 While a show that focuses on pinball may seem like a left-field outing to some, pinball is actually quite popular across the country, according to Pintastic Pinball founder Gabriel D’Annunzio. D’Annunzio said that pinball expos in California, Texas and Chicago draw about 5,000 to 10,000 people over a three-day weekend. Tired of travelling to Pennsylvania to attend the closest event every year, D’Annunzio decided to become a pinball wizard and bring some of that magic to New England.