Pro Pinball – timeshock! to be made … REAL?! 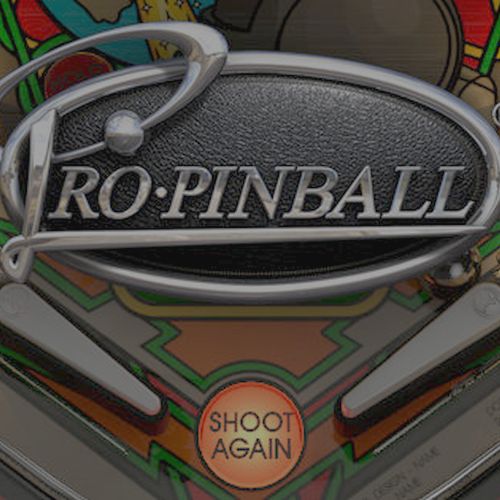 Is this really happening?! Pro Pinball have announced a partnership with Silver Castle Pinball to make Pro Pinball – timeshock! a real, physical game! Ever since playing timeshock! all those years ago, I’ve wanted this game to be real, and it’s happening!

Actually I wanted all four Pro Pinball timeshock games to be made real. I figured Pro Pinball – The Web would have been the first one since it is basically Star Trek: The Next Generation, but flipped 180 degrees so it would have been the easiest to do I suppose. Pro Pinball – Big Race has bits and flavors of Road Show in it. Fantastic Journey? Well, I’ve got nothing with which to compare that one since it has different vehicles popping up from under the playfield when you acquire them.

But, whatever! Apparently, arcade pinball timeshock! is coming… at some point in the future. Also, Silver Castle Pinball have been working on this for some time now. Enough time that they are going to announce a whitewood version very soon. Plus, if you have played the original game, you know they’ve got a big head start on the rules, as in the rules are already done!

Here’s a teaser trailer of the “announcement.” You know there is no gameplay in it before even watching it, so don’t even think about that. Watch for the feature article set to appear on PinballNews.com in the next couple of weeks. I’m ready, now!

So many balls, so many locks, so much stuff! How much will the actual retail price of that showcase be?

Within the next couple of weeks our game will officially be announced in a featured full size article on pinballnews.com

In addition we have compiled a list of answers to some of the questions we received via Pinside/Facebook and e-mail.

Pro Pinball: Timeshock! is a PC pinball simulation released in 1997 and has since sold millions of copies around the world. Despite its age, it’s still seen as one of the most realistic pinball simulators ever made. It is praised for its excellent gameplay and deep rule set. Currently an HD version of the PC game is in development under the name “Timeshock! The ULTRA Edition”.

– There are so many new games announced these days. Why is this any different?
As far as we know, this will be the first time a physical pinball is based upon a PC pinball simulation. The layout and ruleset have proven itself to be fun and exciting and the theme has stood the test of time. We think the game is simply awesome!

– Do you own the license to build this game?
Like Ade has mentioned a few posts back: yes, we do.

– Are you just starting with this?
No, we have been working under the radar for over a year now. A flipping whitewood is up and running

– Is this another five year wait?
We plan to be production ready by summer 2015.

– What about deposits and pre-orders ?
Regardless of whatever payment plans we will offer when the time comes, we will always offer the option to only pay in full when the machine is production ready and parts sourcing/assembly begins.