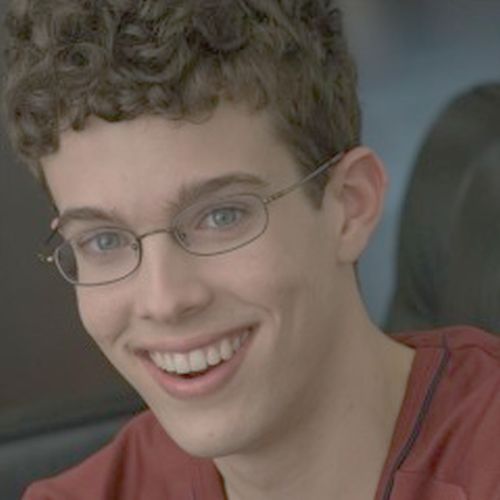 The following was composed by Pinball EDU.

Robert Gagno began playing pinball when he was 3 or 4 years old. He would frequently accompany his father, Maurizio on errands or be taken out for short periods by a child care worker. Whenever possible Robert would steer his adult companions to the pinball machines at places like the bowling alley and Chuck E. Cheese. Kathy his mom clearly remembers her husband and Robert’s other caregiver commenting on how Robert would choose to spend all his time playing pinball or Wack-A-Mole at these locations. Between the ages of 5-8 years, Robert not only loved pinball, but he began consistently achieving the coveted “replay” due to his growing level of skill on the machines.  Kathy loved pinball herself and was happy to see Robert enjoy playing but remembers a ferry ride as the first time she began to understand just how good Robert really was.

“When he was around nine years old,  I remember the ferries used to have little arcades on them, including pinball. Robert spent a whole trip across to Vancouver Island, about an hour and half trip, playing pinball on one quarter.  I was sitting on a bench just outside of the arcade and could hear people talking about “that kid and pinball”. He had drawn quite a big crowd.”

Robert’s parents purchased his first home use pinball machine, “Whirlwind”, when he was 10 and watched  him spend hours a day playing for several months. That same year Robert loved playing Pokemon Pinball for Nintendo DS and set a high-score record that may still stand today. Robert’s interest in Whirlwind waned although he continued to play casually at locations and the home use machine was eventually covered for storage. The family decided to put it up for sale on craigslist when Robert was 19. To their surprise, once uncovered, Robert immediately began playing Whirlwind with renewed enthusiasm and the Gagno’s decided to keep it.

Kathy says the rest of Robert’s story is probably more well known, “Maurizio took Robert to Toronto with him to play in his first tournament ever (The Canadian Pinball Championships) and it was after that we joined the VRPA and started going to more tournaments.”

“More well known” is most certainly a modest statement.  Robert entered the competitive pinball community finishing 12th out of 99 competitors at this highly competitive tournament in 2008 and has actively competed since. He’s currently ranked as the 6th best pinball player in the world, according to the International Flipper Pinball Association and he’s #1 in Canada. Robert’s story has drawn the attention of many inside the pinball community as well as the world beyond. He has been featured in countless articles and his pinball playing skills were highlighted in an episode of Science Channel’s “Ingenious Minds” series.

Kathy says pinball has helped Robert’s development in many ways.

Social Skills
“He has/has had other areas of intense interest: Hockey stats, game show episodes and stats, transit schedules….pretty well anything with numbers he could easily memorize but not something most people could take an interest in. Suddenly with pinball he has found a group of people who like talking about it as much as he does.  He has evolved since he was about 19 from someone who would talk AT you about pinball, to someone who interacts with the other players. It has improved things like turn taking, sportsmanship, and learning to be more tactful.”

Attention
“His attention and perseverance have both improved. He is not into the WPPR points as much as some people think, but really likes to win or do well.  He sets goals for himself, like before going to PAPA this year set the lofty goal of qualifying for all three Classics plus the A-division, and achieved it.”

Memory
While visual memory has always been a strength for Robert, Kathy reports it has gotten even better with the challenge of learning new pinball games and rule sets.

“Although it is still hard for him, he is learning to “shift strategies” such as when a pinball doesn’t work quite the way it should, or when he is in situation where he needs to play “safe” and grind it out, vs. risky but higher scoring shots.”

Anxiety
Robert’s sensory sensitivities and the anxiety he experiences when overstimulated have been one of his biggest struggles. Pinball has motivated him to learn coping strategies and helped him develop higher tolerance thresholds.

“The noise in pinball tournaments and arcades has helped him learn to tolerate his over-sensitivities to sounds. He used to avoid any physical contact, but now high-fives, shakes hands and even allows a few players to hug him. He is very nervous of going through security at airports and for that reason doesn’t go to that many out of town tournaments beyond Seattle and Portland.  He did say he will fly to go to Pinburgh again though! So the anxiety piece is still something we are working on, but definitely pinball has helped to give him confidence and make that better too.”

Thanks to Kathy Gagno for helping put this article together.

Robert is one of inspirations for the Pinball EDU Foundation, a 501(c)3 charity with the mission to utilize the wonderful and unique game of Pinball for the social enrichment, skill development and education of kids and young adults.