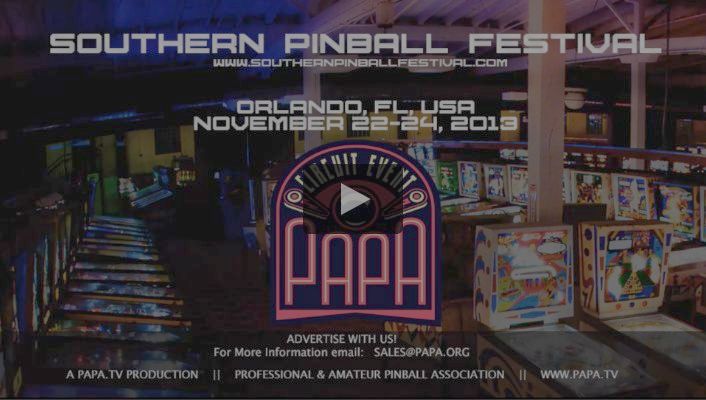 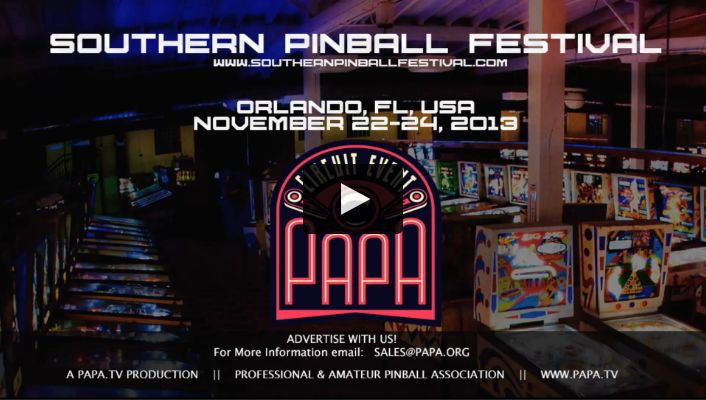 I had the opportunity to do coverage of the SPF Finals with Bowen which is awesome! (Starting on the second video)

I have got to remember to get closer to the microphone when I do PAPA commentary. Although, you may be able to tell that I did as we progressed through the broadcast. Remember, one inch from the mic please. ^_^

Watch live video from PAPAtvPinball on TwitchTV
Also, when I got home from the SPF I saw this: 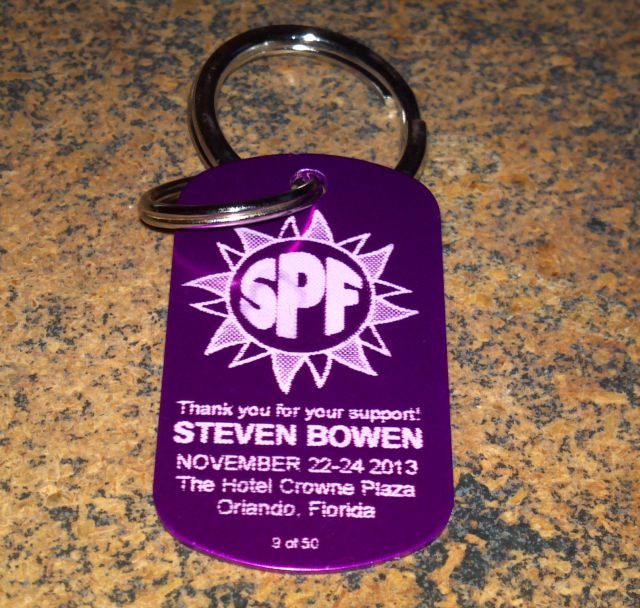 Hey! It looks like Bowen “The PAPA Circuit Black Hole” Kerins has even infiltrated my souvenir SPF keychain! Or, maybe the keychain just wants to thank both of us at the same time. OR … maybe someone at the Southern Pinball Festival simply misspelled my last name… Yup, probably that last hypothesis … maybe. ^_^

I’ll just add that to the list of misspellings I’ve gotten on items (like mail) that somehow I still received:

Hey, as long as the check clears, I guess. Anyway, back to the show.

One thing that the SPF is missing in my opinion is a classics tournament. Next year, the SPF will be at a new venue with even more space. Hopefully a bank of classics tournament games will help to fill the remaining area. You must maximize the WPPR-tunity of your event.